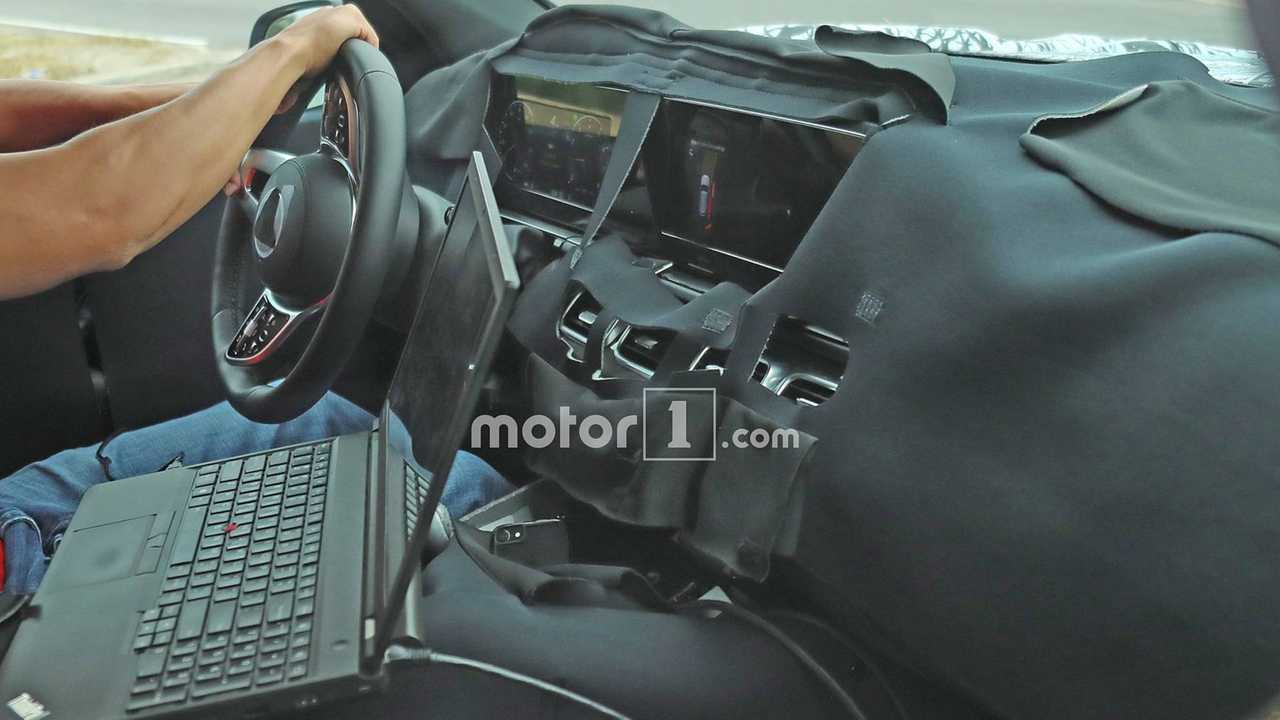 A massive screen stretches across the dashboard.

Mercedes' engineers loaded the exterior of this GLS-Class test mule with body cladding to hide its shape, but inside, moving fabric aside reveals the SUV's dashboard. This is our first look at how the next-generation model's cabin looks.

A massive digital screen roughly half the length of the dashboard, but not all of it is active in these photos. The portion in front of the driver emulates the traditional instrument layout with dials for the speedometer and tachometer, in addition to other info. On this SUV, the center shows a digital display with an overhead view of the vehicle and indications of where sensors detect possible hazards. While the rest is blank here, it's almost certainly for infotainment duty. Below the screen, there's a bank of four HVAC vents. Fabric hides the rest of the interior, but there's a three-spoke multi-function steering wheel.

The outside also features a significant amount of camouflage. However, it's obvious that the GLS-Class is a big, boxy SUV to compete against the forthcoming BMW X7 and Land Rover Range Rover.

The powertrain range will come from the S-Class. A new platform will also let the SUV drop weight over the current generation. AMG variants will get the division's widely used 4.0-liter twin-turbo V8. In addition to the performance-oriented variants, the GLS will be available as an opulent Maybach model that will look almost identical on the outside but will feature even better materials in the cabin.

The second-gen GLS will go on sale in 2019. We'll possibly see a debut before the end of the year, though. The AMG and Maybach versions will arrive slowly over the coming years.