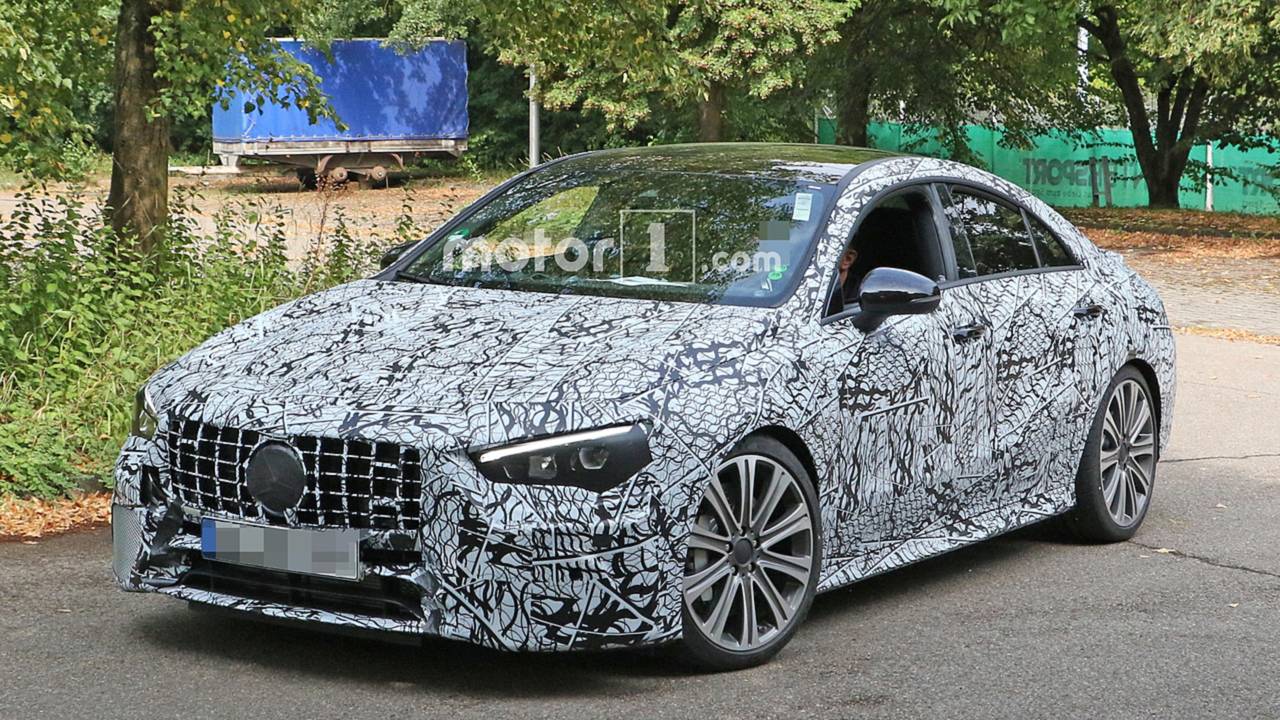 Mercedes' compact performance sedan will pack over 400 hp, and there will be a hotter S version.

Take a very good look at the upcoming Mercedes-AMG CLA 45 because these shots are our best view yet of the upcoming performance sedan. If the recently unveiled A-Class four-door isn't quite stylish enough for you, then this is the Mercedes to check out.

Mercedes can't fully disguise the CLA 45's front end because the turbocharged 2.0-liter four-cylinder needs cool air to run properly. Therefore, this test mule has a mesh panel over the lower fascia on the passenger side, and you can catch a glimpse of the slats in the intake behind it. The engineers conceal this section on the driver side. The egg-crate grille looks cool, but this is likely a placeholder piece for a bar going across the front. Canted headlights with LEDs on the top make the car look like it has an angry squint.

The camouflage does a good job of hiding the styling, but there's obvious sculpting along the lower section of the body in profile. A sleek roof covers occupants, and it appears that there are very large glass panels for providing lots of light in the cabin.

At the tail, a subtle spoiler incorporates into the trunk lid. Skinny taillights echo the shape of the illumination in front. The lower fascia wraps around the quad exhaust outlets, and there's a diffuser separating them.

Power for the CLA 45 will come from an all-new 2.0-liter turbo that will pump out over 400 horsepower (298 kilowatts), and it'll route through a sophisticated all-wheel-drive system. Mercedes Marketing Manager Dominik Greuel confirms 45 and 45 S versions of the A-Class, and this suggests similar variants for the CLA. The top variant might feature an extra boost from an electric drive motor and an electric turbocharger.

The current speculation puts the standard CLA's debut in 2019. The AMG variants won't likely be part of the lineup at launch, so we'll have to be patient before seeing these high-horsepower compact sedans in showrooms.