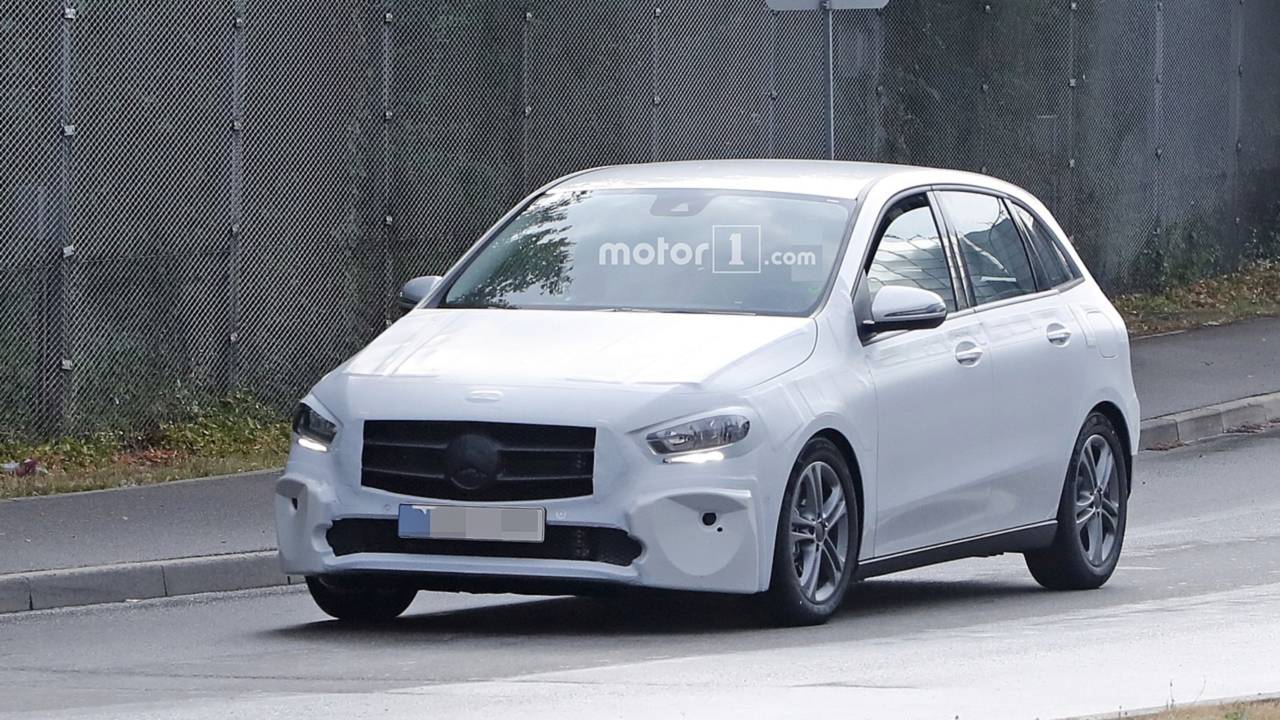 When a minivan from a mainstream brand doesn't cut it, Mercedes has the solution.

Fancy the new A-Class hatchback but are in need of additional room to carry the entire family? This is where the B-Class comes into play by offering a more practical package thanks to a spacious cabin and a larger trunk. Sales of the posh minivan never really took off ever since the original model’s launch back in 2006, but Mercedes is determined to come out with a third generation to fight the BMW 2 Series Active Tourer.

Our spies have caught out in the open a prototype of the 2019 B-Class, which thankfully had less camouflage than ever before. We can see the generous greenhouse in full, with much taller windows compared to those of the A-Class hatchback. As it is the case with the outgoing model, the new B-Class will have the fixed glass section aft the rear doors to further signal it’s the roomier sibling.

The design won’t be particularly exciting, but that’s the price to pay for having a tall roof to free up headroom for passengers inside. From what we can see so far, Mercedes has put more effort into differentiating the B-Class from the A-Class, with the former adopting a rounded shape whereas the latter is a bit sharper and sportier.

That won’t be the case with the interior as we’re expecting the minivan’s cabin to be largely carried over from the hatchback, albeit with a few extra family-friendly features. In some of the attached spy shots, we can actually observe the tip of the dual digital panel inherited from the A-Class, so when the B-Class will be officially revealed, you will see a cabin that’ll look awfully familiar.

Speaking of things sourced from the hatchback, the new Mercedes minivan will use a virtually identical engine lineup. Needless to say, there likely won’t be any hotter versions such as “B35” and “B45” AMGs since no one would buy these. The days of the bonkers R63 are long gone as the three-pointed star is perfectly aware demand for an AMG-ified B-Class would be extremely slim.

With the disguise being reduced to merely a thin strip slapped onto prototypes, there’s a good chance we won’t have to wait much longer for the official reveal. It could take place by the year’s end or early 2019.