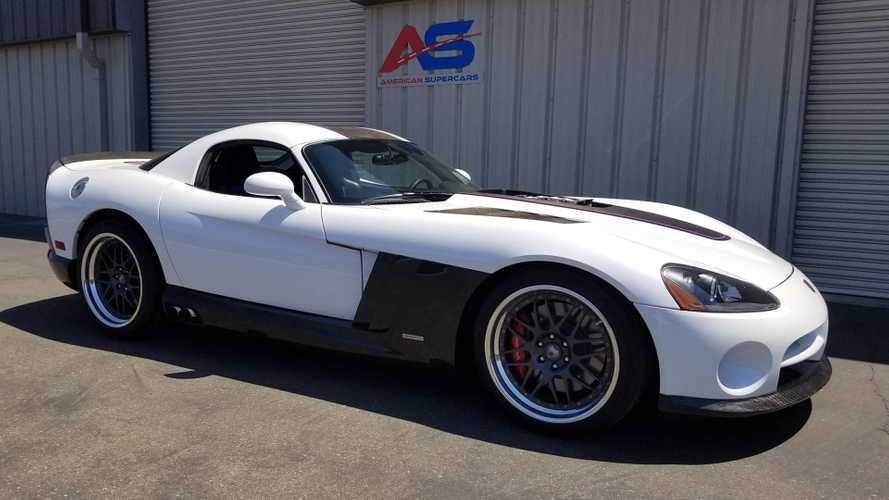 With only 74 miles in its odometer, this car is basically new.

Dodge Vipers for sale on the internet are a common sight. We’re not sure why but you can see them in a lot of listings. However, it’s not every day that you see a one-off 2006 Dodge Viper SRT/10 that’s tuned by McLaren, and most importantly, only has 74 miles on its odometer.

Well, today’s our lucky day, as we stumbled upon this listing from American Supercars, and we definitely think Dodge Viper collectors should flock on this one.

Can’t get enough of Dodge Vipers:

Could The Dodge Viper Make A Comeback In 2021?

Aside from its low mileage, this car also have a little history. Well, at least that’s what the listing has. The car is known as the ASC Diamondback Viper, which was unveiled by the American Specialty Cars (ASC) back at the Detroit Auto Show in 2006. It’s in Arctic White Pearl with Viper Blue accents and McLaren Orange accents.

What makes the car more special is its 8.30-liter V10 engine that produces 615 horsepower. This amount of power is transmitted manually to the rear wheels, which is something speed junkies would really love. The 10-pot engine is tuned by McLaren with special 10 port trumpeted intakes with individual port throttles.

If this piques your interest, head on to American Supercars website now and inquire about the listing. The current price tag is at $295,000. Yes, it’s quite pricey, but as we’ve said, this is no ordinary Dodge Viper. It’s not every day that something this special goes for sale.