7 Affordable Masterpiece Transformers Every Auto Nerd Must Have

Embrace your inner child, because these are freaking awesome.

We’ll avoid getting into an animated-versus-live-action Transformers debate because both have their good points and bad. Michael Bay’s Camaro Bumblebee grew on us, but G1 Beetle Bumblebee tugs at our heartstrings. The lines on the doors for transformation are a bit off-putting on this collectible, but overall this would be a delightful shelf addition for any Volkswagen fan.

One thing we’ll mention here – many Masterpiece Transformers come with cool and quirky extras that pay homage to the original 1980’s series in some way. Aside from Masterpiece Bumblebee looking every bit like his animated self, included in the package is Daniel wearing an exo-suit. Fans will remember Daniel from the 1986 Transformers movie where he wore this suit, and yes, it transforms too.

Most people don’t know that Hot Rod (or Hot Rodimus as the figure is known in the Japanese market) isn’t just a flamboyantly designed flight-of-fancy. The Dome Zero – a prototype Japanese sports car from the late 1970s – served as inspiration for the design and there quite a few similarities between the two. The flames, massive exhaust pipes, and airliner wing aren’t among them, but we wouldn’t have Hot Rod any other way.

Hot Rod ultimately became the Autobot leader Rodimus Prime after Optimus Prime died in the 1986 animated film, which actually led to quite a bit of hate for him because nobody can replace Optimus. That’s too bad, because he’s one of the coolest looking Masterpiece Transformers of the entire line – both in alt and robot modes.

This one is for the fans of classic Japanese vans. Masterpiece Ironhide faithfully recreates the first-generation Nissan Vanette, specifically the high-roof version. This is actually quite a keeper for van aficionados because there aren’t many sizeable scale replicas of the Vanette available. Ironhide is well-detailed too, with painted marker lights and door handles, chrome bumpers, and for G1 Transformer fans you’ll even notice a neat Easter egg in the form of a face behind the windshield. We’ll explain that more in the next slide.

Ironhide’s original G1 robot mode was, frankly, terrible. He didn’t look anything like the animated version – for starters there wasn’t even a freaking head. The weird face behind the glass was all we had as kids, but now that injustice is well and truly corrected with this figure. Masterpiece Ironhide in robot mode looks properly massive and ready to kick Decepticon tail.

Who doesn’t love the Datsun 280ZX? If you don’t want your classic Japanese sports car wearing police markings you can get Masterpiece Bluestreak, which is an identical 280ZX without the roof lights and stickers. There’s also Smokescreen, which has the same 280ZX design but adds a body kit and red/white/blue racing paint scheme. Prowl is a rather iconic Transformer in the series, however, and the highway patrol black/white layout suits the sports car nicely.

Prowl’s robot mode from the original G1 figure actually wasn’t much different than this. The main upgrades here are size and articulation – lots of articulation. The proportions are also considerably better, and he’s easily recognizable as a 280ZX both in alt and robot modes. If you're a 280ZX owner in real-life, Prowl or any of his Datsun brothers-in-arms needs to go with you to car shows.

Speaking of easily recognizable cars, here’s the Lamborghini Countach you always wanted. Masterpiece Sideswipe is one of the earlier additions to the Masterpiece series, and though he looks fantastic in alt mode, some of the transformation panels don’t line up quite the way we’d like. That’s a very minor gripe – Sideswipe (or Lambor as he’s known in Japan) would look great in any Lamborghini collection, and of course, he can do something no other Countach collectible can pull off.

It’s not a stretch to say Sideswipe was a standout favorite back in the days of the original G1 animated series. That’s likely why he was one of the first to be recast in the Masterpiece series, and fans will absolutely love his faithfully recreated G1 look – from the big Countach chest to his blocky legs and happy-go-lucky head sculpt. When your alternate mode is a Lamborghini, there's plenty to smile about.

Not all the G1 Autobots were recasts of Japanese cars. Tracks took the form of a C3 Chevrolet Corvette, and this one is actually quite detailed. Even the Corvette logos on the front and rear are painted, and its metallic blue finish looks amazeballs in the light. If you dropped Tracks into your showcase of Corvette memorabilia, nobody would be the wiser to the robot within.

Tracks didn’t show up very often in the original series, but when he did, it was memorable. The boom box on his arm is actually the Autobot Blaster in his alt mode – part of the special accessories that come with Masterpiece Tracks. The mini-Blaster pays homage to a cheeky episode where the two good guys teamed up with a human to chase after car thieves.

If you can only have one car on this list, make it Wheeljack. Why? Because freaking Lancia Stratos HF Turbo, that’s why. Few cars are as revered as the Lancia Stratos, and robot-in-disguise notwithstanding, this is simply a sweet Stratos collectible that pays homage to the no. 539 Group 5 racer. The Alitalia livery is gorgeous, the fit-and-finish is gorgeous, and frankly, we just want to look at it all day.

G1 fans will recall the original Wheeljack looked like a gorilla in robot mode, with massive arms that just about touched the ground. Masterpiece Wheeljack is a huge improvement and looks fantastic holding his “toolbox” that occasionally popped up in the old TV series. He's properly proportioned with a perfect head sculpt, and the sleek Lancia Stratos shape transitions well to an evil-fighting robot. We recommend getting two so you can appreciate both modes at the same time.

Long before Michael Bay took to the big screen with transforming cars, there were the first-generation Transformers – or G1 as the collector pros say. They're well-known by fans young and old, but if you're over the age of 30 you’ll also know the original toys weren’t exactly the highest quality. Then in 2004, toy makers Hasbro and Takara/Tomy got serious and made an awesomely detailed commemorative G1 Masterpiece Optimus Prime to celebrate the 20th anniversary of the Transformers animated TV series.

It was so epic that it spawned a complete line of Masterpiece Transformers that are still being released today, and they look amazing. Robot modes have actual articulation and faithfully represent their animated counterparts, something the original toys generally failed miserably at. But the vehicle modes are also good – so good in fact that most are officially licensed manufacturer collectibles.

There are now dozens upon dozens of Masterpiece Transformers available, and as you might expect, they can get rather pricey. With upwards of three released a year, most start near or over $100, but we’ve compiled seven Autobots that stay under that price point so they're a bit easier on the budget. Sure, you could collect straight-up die-cast cars or the latest Hot Wheels, but can any of them pull off the YMCA dance?

Join us for this slideshow and embrace your inner child as we take a close look at these seven sweet Masterpiece Transformers, featured in both alt (vehicle) and robot modes. Don't blame us if you click the links below to start your own collection. Okay, you can blame us a little.

These toys are awesome too: 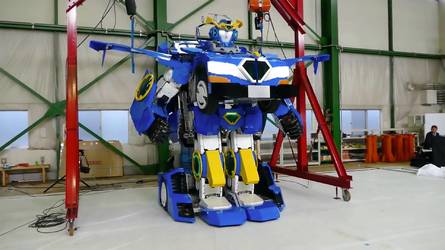 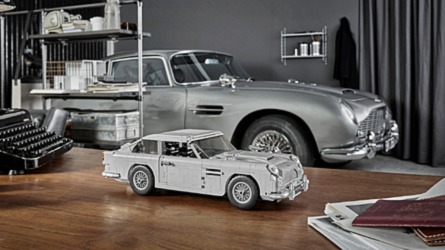