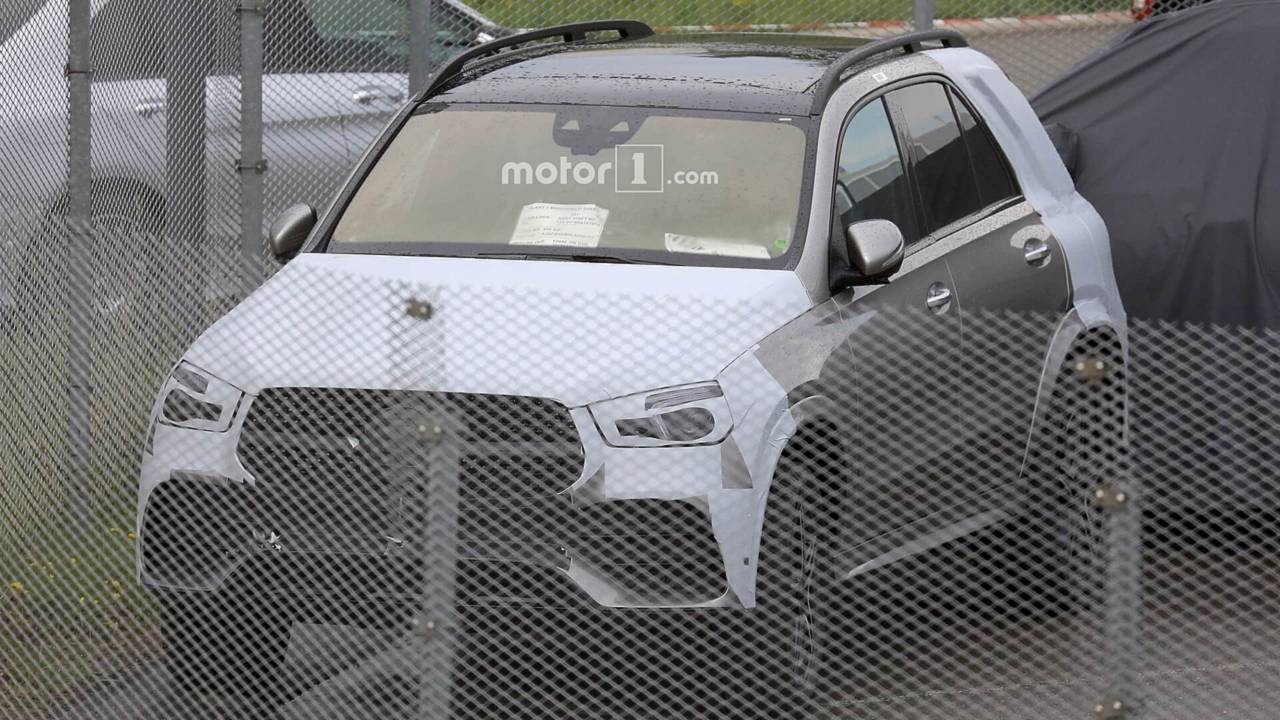 The all-new midsize luxury SUV is bigger than its predecessor and comes loaded with the latest tech.

The GLE’s roots can be traced back to the second half of 2011 when Mercedes introduced the third-generation ML-Class. The name change reflecting the SUV’s connection in size with the E-Class happened in 2015, but the underpinnings remained pretty much the same. What we’re trying to say here is that the midsize SUV is getting a bit long in the tooth, especially when compared to its much newer rivals, but not to worry as a completely revamped GLE will be unveiled in the months to come.

Some of our media colleagues had the privilege of taking near-production prototypes for a quick spin and were also allowed to have a brief look at the specs sheet. Auto Express is reporting the new-gen model is 80 millimeters (3.1 inches) longer than its predecessor and it now stretches at 4.93 meters (194 inches). If you’re wondering about how many components have been carried over from the old one, you’ll be happy to hear only “two or three bolts” were borrowed, according to project manager for GLE development, Stefanie Schmitz.

Chief engineer and head of testing, Rüdiger Rutz, admitted the Range Rover is a better performer off-road compared to the outgoing GLE, but things will change with the next generation as it has been engineered to be more competent on difficult terrain. Mercedes’ Active Body Control has been further tweaked for this purpose, while the Off-Road Plus setting will jack up the SUV by 50 mm (nearly 2 inches).

Steel springs will come as standard on the cheaper versions, but those willing to fork out more money will have the option of an air suspension ensuring a silky smooth ride. A front-mounted camera will scan the road up ahead and will send info to the suspension that will automatically adjust itself so those inside the cabin won’t be bothered by the road’s imperfections.

Engine details are limited for the time being, but we do know the GLE 450 will rely on the company’s newly developed inline-six 3.0-liter helped by an electric motor. It will work with a nine-speed automatic transmission and a standard 4Matic AWD setup, with up to 100 percent of the power channeled to the rear axle and as much as 65 percent sent to the front wheels. At an additional cost, Mercedes will sell the GLE with an optional two-speed transfer case for those in need of a truly competent and luxurious off-roader.

Riding on the Mercedes High Architecture (MHA), the next-gen GLE will source some of the tech from the S-Class flagship and will be available with huge 21-inch wheels part of an optional sport package. Hotter versions of the GLE will include the mild hybrid 53 and eventually a new range-topping 63, while a GLE Coupe will follow with a nearly identical specs sheet.

Mercedes has already kicked off the teaser campaign (see interior sketches above) for the overhauled GLE, so expect an official reveal to take place before the year’s end.