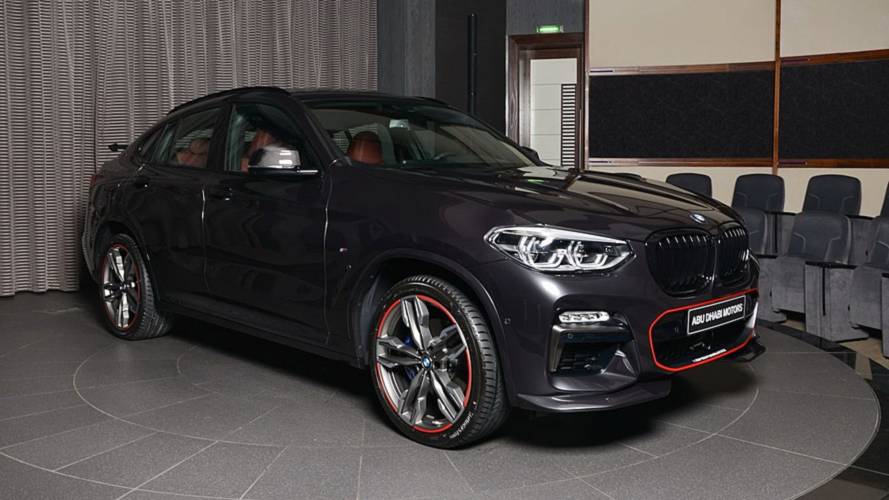 We're not sure whether we would keep the rear wing.

If you feel like life is too short to wait for the X4 M that was spotted last month sans camouflage, BMW will be more than happy to sell you the next best thing. It’s called the X4 M40i and is heading to a nearby dealership from where you can order an assortment of M Performance parts to get closer in terms of appearance to the fully fledged M model.

This particular M40i is a bit more special than the others as aside from the carbon fiber side mirror caps and the red accents, it has also been fitted with a few aftermarket items developed by AC Schnitzer particularly for the new X4. The one that stands out the most is without a shadow of a doubt the wing at the back, which gives the coupe-SUV an interesting look, but we’re sure it’s not to everyone’s liking. Some of us would get rid of the wing since the X4’s rear is already quite tall and has that built-in spoiler making the wing a bit redundant.

Get acquainted with the revamped X4:

At the front, AC Schnitzer has slapped on its spoiler to give the M40i a more aggressive stance and dare we say it fits perfectly with the standard bumper. The blacked-out BMW kidney grille is a nice touch and blends with the body’s dark shade contrasted by the red accents. As far as we can tell, the interior has not gone through any changes, but that’s not necessarily a bad thing since it does a good job at complementing the exterior’s theme with a similar black and red finish.

If you would rather wait for the X4 M, BMW will likely have it on sale before the end of the decade, following the launch of the X3 M.