See The Lamborghini Aventador SVJ Up Close In Walkaround Video

It's a veritable wizard when it comes to aerodynamics.

We know the new Lamborghini Aventador SVJ is fast. In fact, it’s very fast, having set a blistering time of 6:44.97 around the Nürburging. When it comes to street-legal production cars on the ‘Ring it’s the current king, barring the special McLaren P1 LM that was tweaked to be road legal, though most consider its time of 6:43.22 null-and-void since it was a specialty build with only five cars planned for production.

We also know the hyper-quick hypercar packs 760 naturally aspirated horsepower (566 kilowatts) courtesy of its glorious V12, and despite the camo wrap we know there are all kinds of aero tweaks to make the Aventador bite the road with fervor. Thanks to this video from Top Gear we get a close look at some of these tweaks, not to mention a bit more info on the car.

The SVJ’s aero package is, in a word, fantastic. According to the video, overall downforce is increased by 40 percent, but drag is actually decreased ever-so-slightly. For the benefit of cornering, more downforce is applied in the front – the split is now nearly 60/40 back-to-front, whereas the standard Aventador is more like 80/20. As such, Lamborghini was able to stiffen the front sway bar by 50 percent and push damper rates up 15 percent. At the back, active aero features can channel air to different sides of the car, effectively changing the balance of the car through a corner to help it turn. To handle the extra strain, the SVJ’s specially made tires have stiffer sidewalls. Steering is tightened, and the Aventador SVJ also gets rear steering.

The result of all these changes is the record-setting run we saw a couple weeks ago. We'll get an even better understanding of the SVJ's tech in a few weeks, as Lamborghini plans to dish out the full story in a reveal at Pebble Beach on August 23. 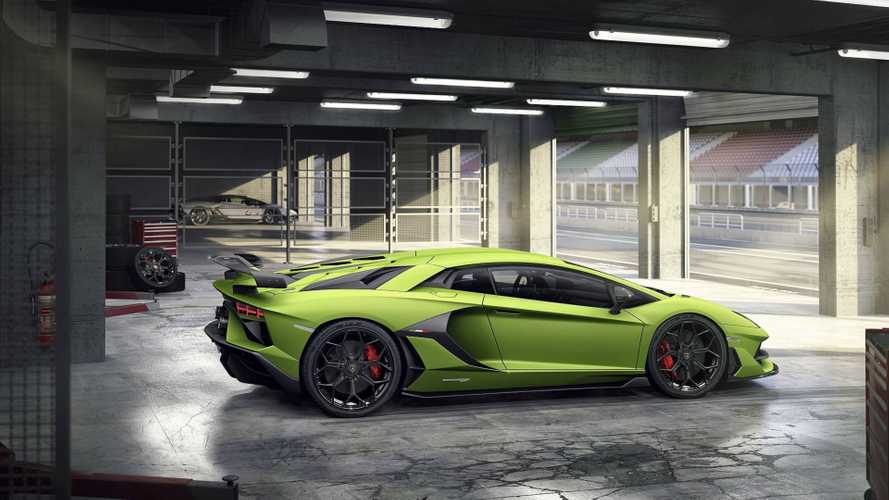 Mansory Cabrera based on the Lamborghini Aventador SVJ