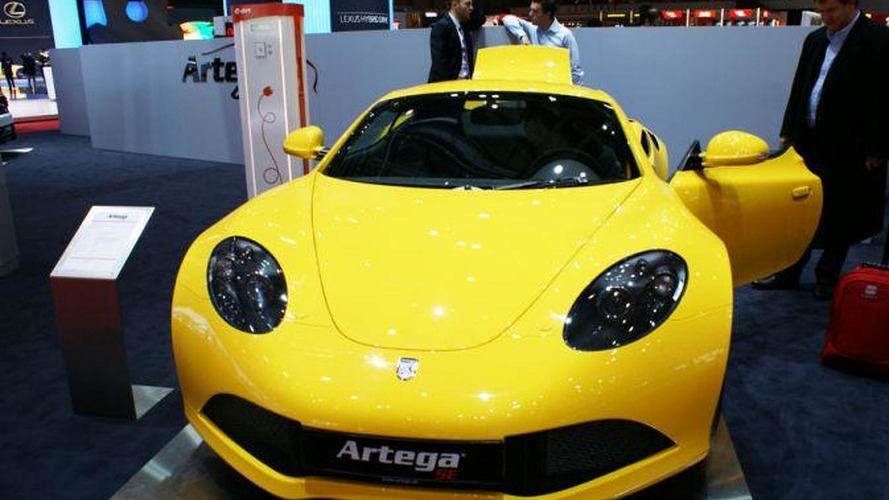 Electricity comes from a 37 kWh lithium-ion polymer battery pack with a nominal voltage of 350 V. Range of the Artega SE is 300 km (186 miles) on the European test cycle (NEDC - New European Driving Cycle) but the automaker says a more "comfortable" driving style (read: realistic) achieves a range of 200 km (124 miles). A full charge of the batteries can be had in 90 minutes at a high-powered charging station.

"Our aim is to combine environmental responsibility with the passion for automobiles," said Artega Automobil GmbH & Co. CEO Peter Müller in the company press release.

Artega is weighing the possibility of taking the SE to production as the company has an overall production capacity of 500 units a year at its facility in Delbrück, Germany.