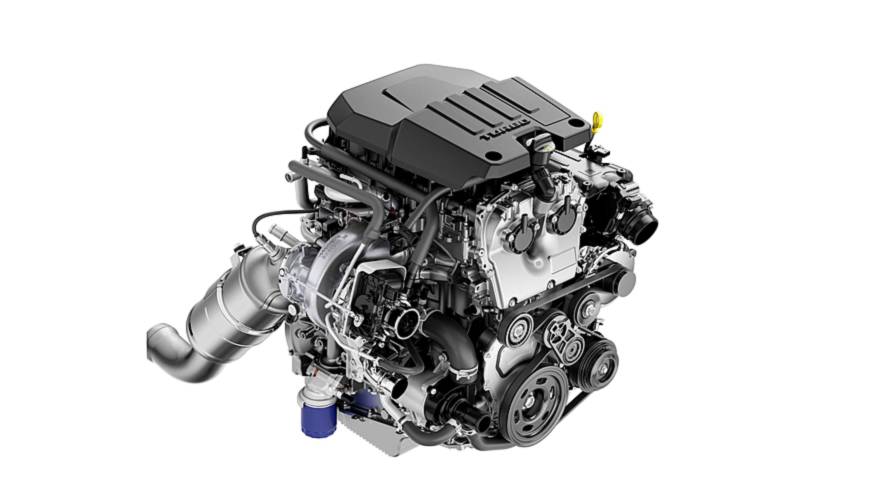 Fans of classic high-performance Pontiac vehicles will be disappointed to learn the resurrection of the Tripower name at GM doesn’t mean the GTO’s return is near. The Detroit automaker is reviving the moniker for a new engine slated for its next-generation full-size pickup trucks – the Chevy Silverado and GMC Sierra. The engine will debut in the 2019 Silverado.

The new Tripower engine isn’t a modern interpretation of classic V8 engines with three two-barrel carburetors on top. Instead, it’s a turbocharged 2.7-liter four-cylinder mill rated at an astounding 310 horsepower and 348 pound-feet of torque, according to Automotive News. While that seems like a pittance by today’s performance standards, the new Tripower engine makes nearly as much power as the 1966 GTO – 360 hp – which was the last year Pontiac offered the classic Tripower powertrain.

The Tripower engine gets its name from the suite of technologies used to increase performance and efficiency in the 2.7-liter mill.

Chevy Silverado Concepts Show Off The Potential For Personalization

The last bit of Tripower technology is the intake valve lift control. This is used to improve fuel economy under certain driving conditions and loads. The technology works by reducing the length intake valves open, which depends on vehicle speed.

Learn The Latest In Automotive Technology:

While those three pieces of technology contribute to the Tripower name, the engine has a few other techno tricks. GM is using a more efficient BorgWarner turbocharger and an electric water pump.