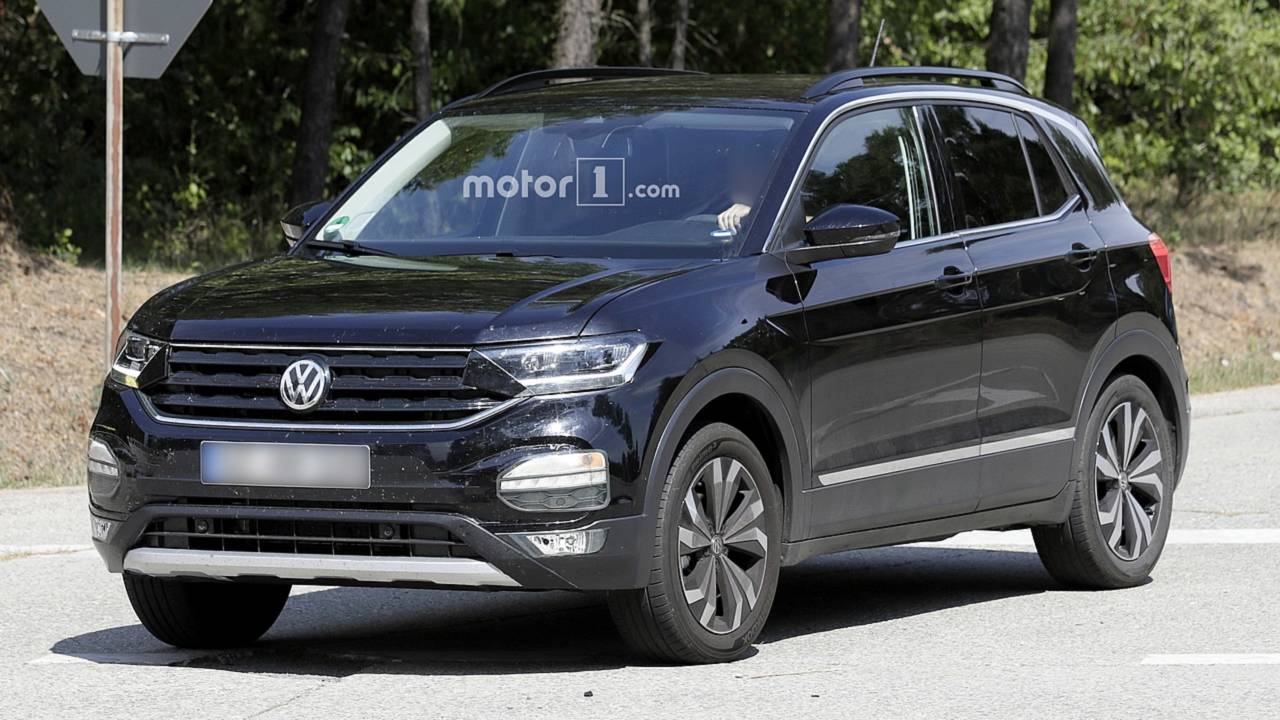 Too small for the U.S., perfect for Europe.

After launching the T-Roc last year, Volkswagen is getting ready to downsize the crossover recipe once again by coming out with the Polo-based T-Cross. These new spy shots allow us to take a good look at the subcompact crossover as the folks from Wolfsburg have been kind enough to get rid of the camouflage. Well, most of it anyway.

The taillights might seem to be a bit oversized for such a small body, but what you’re seeing are actually stickers slapped onto the actual, slightly smaller clusters. Look closer and you’ll notice a black tape above the VW logo that goes from one taillight to the other. It’s there to hide the LED light strip revealed at the beginning of July in a teaser image. Since we’ve mentioned stickers, there are more of them at the bottom of the rear bumper where those exhaust finishers are comically fake.

The Teasers Have Begun:

It’s the same story at the front where there also seem to be a few stickers designed to look like lower lights when in fact the actual cluster has an entirely different shape. There’s also something going on with the extremities of the grille where there are glossy black pieces of plastic near the headlights.

We don’t get to see the interior of this prototype, but the Polo’s cabin should paint an accurate picture of what to expect since the T-Cross will be heavily related to VW’s supermini. Not only will the interior be largely carried over from the B-segment hatchback, but also most of the oily bits and tech.

Considering VW has drastically reduced the amount of camouflage applied onto its prototypes, it likely means an official reveal of the T-Cross will take place in the weeks to come. Further down the line, an even smaller T-Track will allegedly be launched as a follow-up to the tiny Taigun concept.