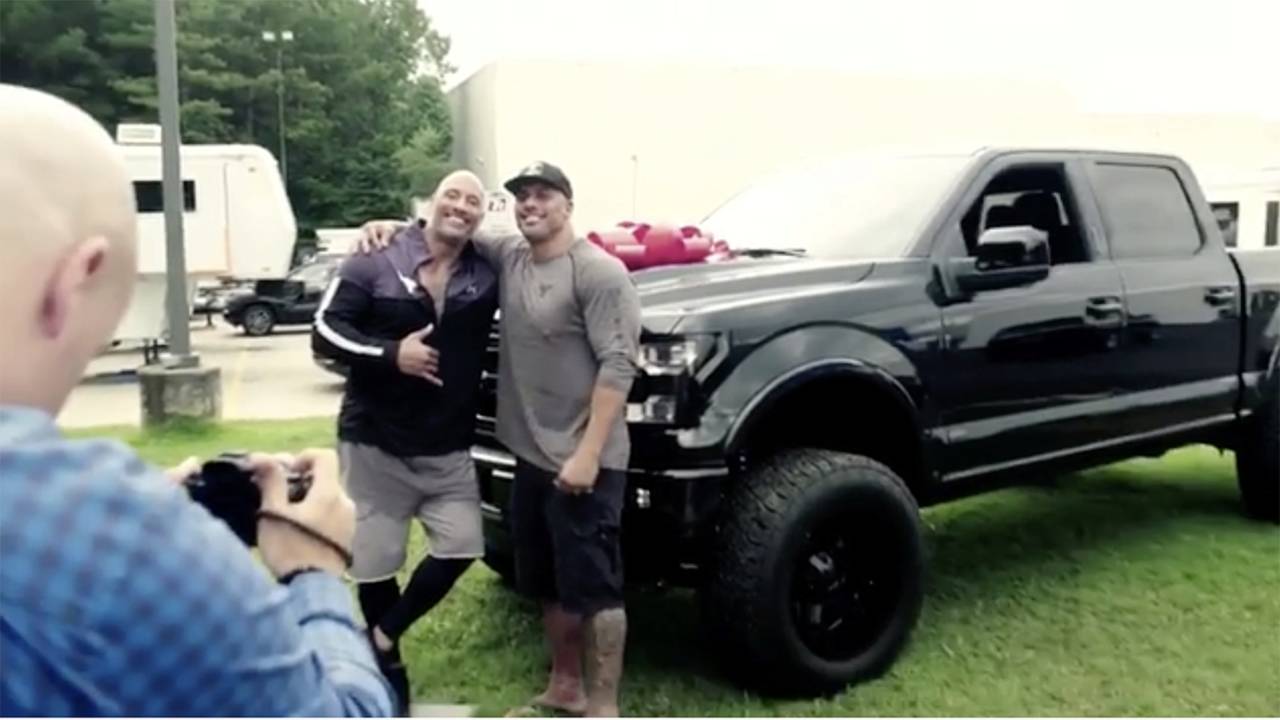 Tanoai Reed has been The Rock's stunt double since The Scorpion King.

In addition to being one of the biggest movie stars in the world, Dwayne "The Rock" Johnson seems like a really nice person. In one more example that he's a cool dude, watch the clip below of him giving a custom Ford F-150 to his long-time stunt double and cousin Tanoai Reed.

Reed has been Johnson's stunt double since 2002's The Scorpion King and has incurred all sorts of injuries along the way to make The Rock look good on screen. While Reed was recovering from his latest damage during filming, Johnson decided to give something back as thanks for his stunt double putting his body on the line.

The Rock Is The Biggest Action Star In The World:

Fast And Furious 9 Not Coming Until 2020

Johnson told Reed that they would be filming a behind-the-scenes a clip. After talking a little about their work together, The Rock revealed the big surprise, and the gift shocked his cousin. The musclebound stuntman broke into tears when he figured out what was happening.

Reed's new F-150 features a big lift that raises the truck my several inches. It rides on black wheels with meaty tires. Chrome accents add a shiny touch to break up the black monochrome exterior.

This wasn't the first time that Johnson gave a vehicle to a loved one as a gift. In 2014, he gave his housekeeper of ten years a new Ford Edge as a token of appreciation for her service.

According to the Internet Movie Database, Johnson is currently filming Jungle Cruise, which is an adaptation of the Disneyland ride into a film. Emily Blunt is his co-star. He'll also reportedly co-star with Jason Statham in a Fast and Furious franchise spinoff about their characters Hobbs and Shaw.