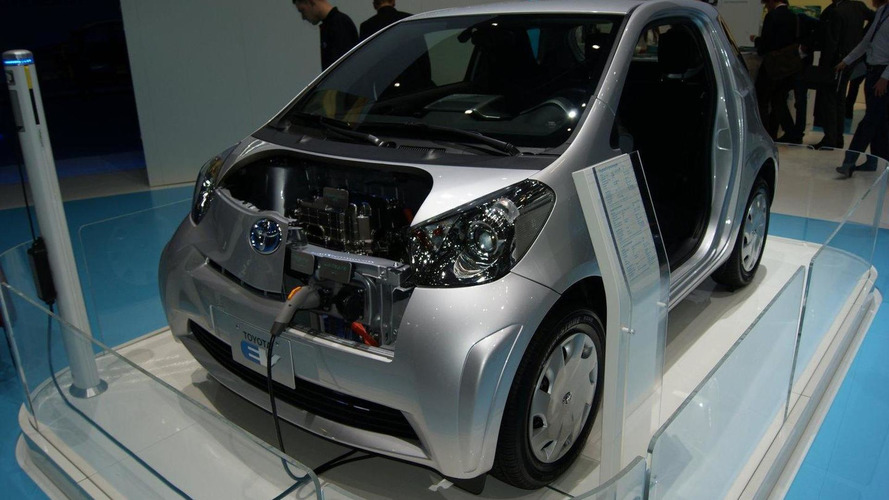 Electric variant of the iQ minicar comes with a new flat-battery design for a non-compromised level of cabin space.

Toyota has brought the iQ EV concept to Geneva.

The electric version of the mini iQ model is not yet ready for production but Toyota will be testing this prototype here with an intention of bringing it to market.

The iQ EV comes with a 47kW (64 PS / 63 bhp) permanent magnet synchronous electric motor and 11kWh/270V lithium-ion battery which lies flat in the bed of the car. A new battery layout for Toyota which does not eat up valuable cabin space, especially on a minicar like the iQ.

Toyota will begin testing the iQ EV in Europe, Japan and the U.S. later this year.