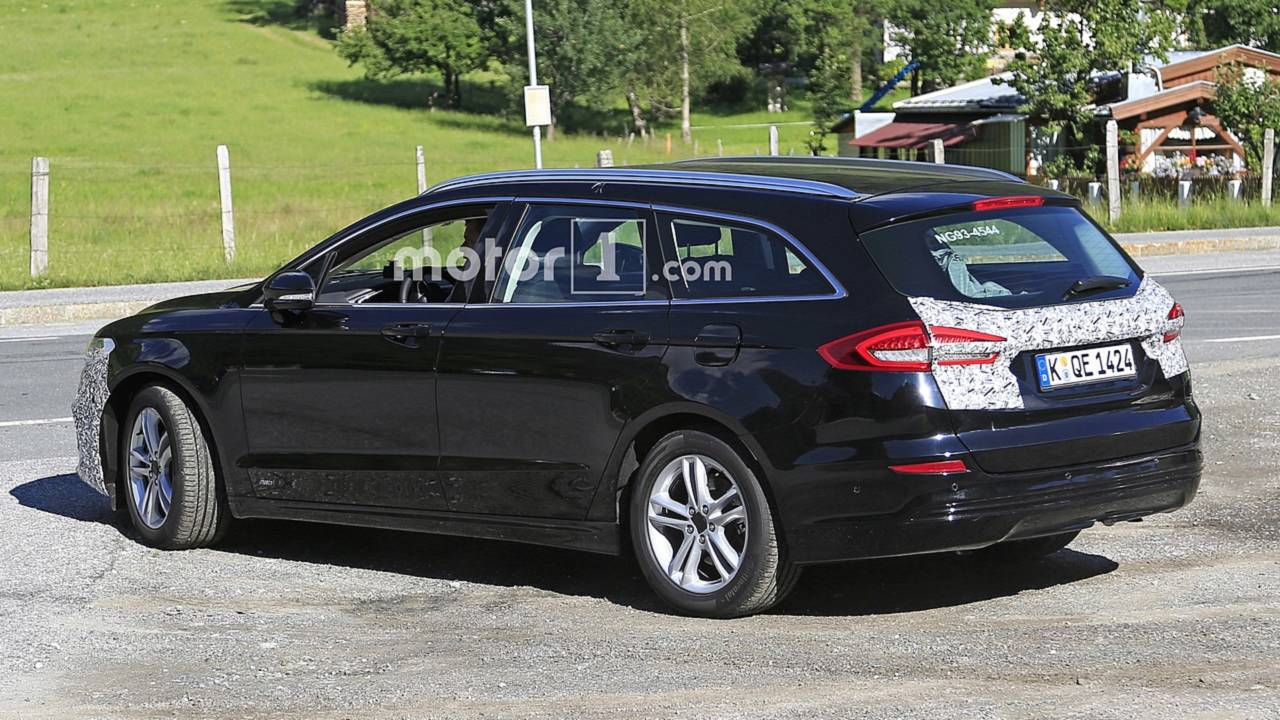 Judging by the twin exhausts under the rear bumper, this is likely a diesel prototype.

Work on the refreshed fourth generation Ford Mondeo, the European cousin of the Fusion, continues as another prototype has been spied testing in the Austrian Alps. It’s a station wagon test car, likely a diesel, with a small amount of camouflage, trying to hide some visual changes that we already know about.

Interestingly, Ford of Germany and the United Kingdom is already selling the Mondeo wagon with a revised rear end, which features a new boot lid chrome trim and new graphics for the taillights. These are the exact same changes that this prototype is hiding under the disguise, so it’s a bit weird to see Ford trying to keep something that’s already on sale in secret.

Anyway, much more important changes should be hiding underneath the familiar skin. Nothing is confirmed at the moment, but Ford could ditch the Peugeot-sourced 2.0-liter diesel engines in favor of its new 2.0-liter EcoBlue diesel, which is an in-factory development. It’s designed to work with the brand’s new eight-speed automatic transmission of torque converter type, which is also an internal development.

This prototype could be a hybrid:

On the gasoline side, expect to see Ford’s new 1.5-liter three-cylinder EcoBoost, which has a cylinder deactivation system. It’s already available in the new Focus and Fiesta ST, and is one of the most advanced small turbocharged direct injection engines available on the market.

Ford Mondeo Facelift Spied For The First Time In Sweden

A recent report indicated that Ford could change its model strategy on the European market, but it’s still too soon to say whether the C-Max, Galaxy, Mondeo, and S-Max will be discontinued in favor of more SUV and crossover vehicles.

Contrary to this information, while speaking to media representatives at the international media launch of the new Focus in Nice, France, company executives have hinted a new generation Mondeo will eventually happen. It should use Ford’s new smart modular architecture, but not much else is known at the moment.