The Jeep doesn't seem to have a problem, however.

We aren’t sure what the bigger tragedy is here. Yes, that’s a Ferrari California hopelessly marooned in the middle of a flooded New Jersey highway. We aren’t sure exactly what year it is because of the second tragedy in this ordeal – vertical video. Folks, it’s 2018. Cell phones with video capability have been out for a long time now. When you see something bonkers happening, turn that phone sideways and film like a boss, okay? 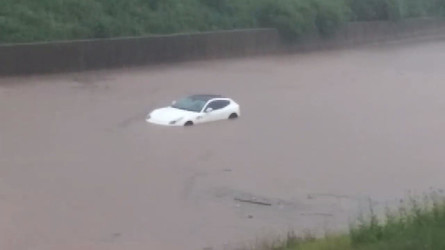 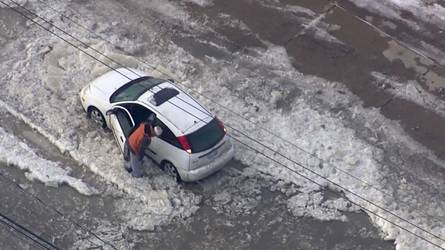 That said, we’re at least grateful ViralHog got this moment posted for all to see. The U.S. East Coast has taken quite a few punches to the chin lately in the weather department, and this video captures some of that. According to the video description, the videographer was on a bus to New Jersey from Manhattan when severe storms hit back on July 27. The rain was apparently too much for storm sewers to handle on the New Jersey Turnpike, which caused quite a delay in the normal commute. The Ferrari driver apparently didn’t realize cars can’t swim, or at least, Ferraris can’t. The person in the Jeep Wrangler – perhaps sensing an opportunity to exercise superiority over the Italian exotic – kept trucking like it was just another day. 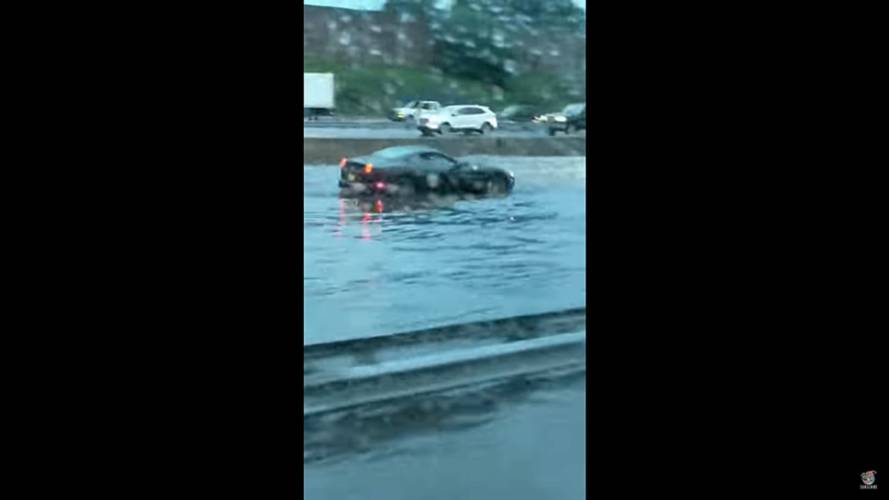 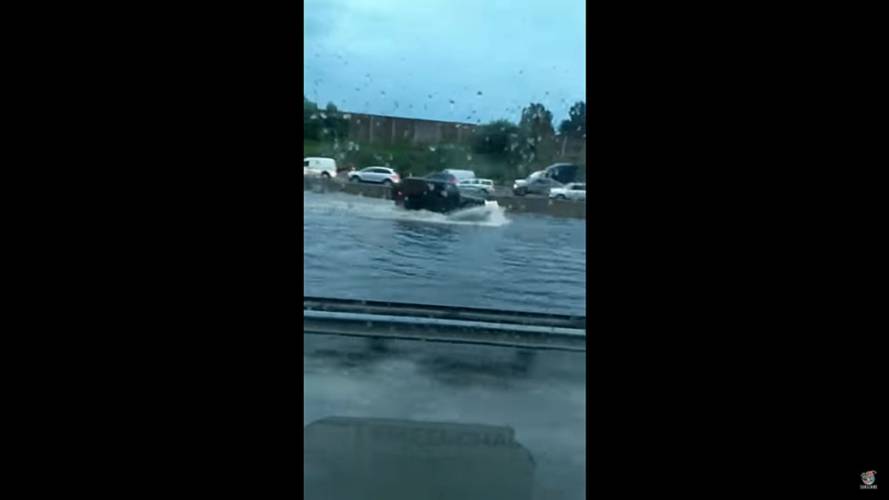 The video description says the Ferrari’s engine was hydrolocked, but we’re not sure how this person would come to such a conclusion. An engine hydrolocks when enough fluid is drawn into the cylinders to effectively stop the pistons, and the result is usually catastrophic. This certainly could have happened since the water on the highway is rather deep, and the Ferrari California does sit low with a gaping grille and intakes up front. Most engine designs, however, take into account the possibility that cars might encounter some standing water so engine air usually doesn’t draw low to the ground. It’s entirely possible some of the electrics got wet, causing the supercar to stall. For the sake of the car's owner, we hope this is what happened.

In any case, let this be a reminder to everyone. If you come to a flooded road, do not cross it. Or if you do, make sure you record the attempt in landscape mode.

3 Photos
By: Christopher Smith
++
Got a tip for us? Email: tips@motor1.com