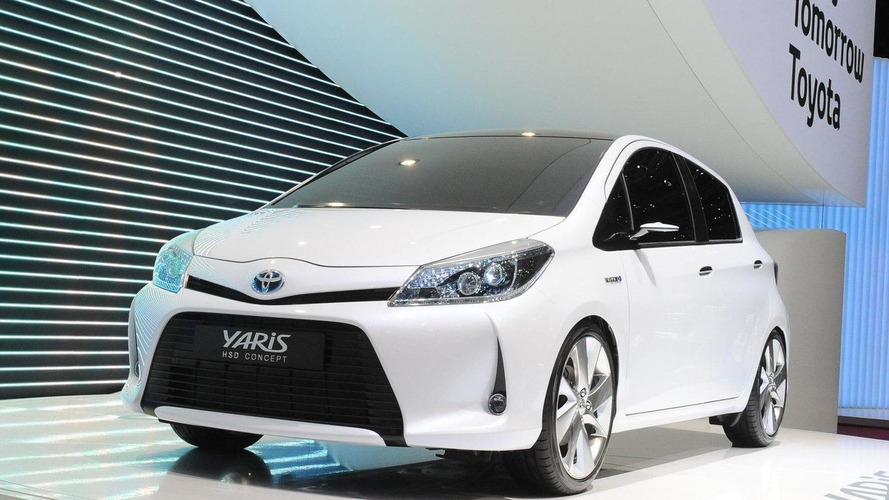 Toyota has unveiled the Yaris HSD concept, which previews a production model that will be launched in Europe during the second half of 2012.

Toyota has officially unveiled the Yaris HSD concept in Geneva.

Designed to preview a production model that will be launched in Europe during the second half of 2012, the Yaris HSD features aerodynamic styling with crisp character lines and a massive air intake. Elsewhere, there's LED daytime running lights, a rear spoiler, 18-inch alloy wheels, and a solar panel roof which can provide power to the car's air conditioning system.

As the name implies, the Yaris is equipped with Hybrid Synergy Drive. Details weren't released, but it's likely the HSD system that is used in the Prius and Auris HSD. This means we can expect a 98 hp (73 kW / 99 PS) 1.8-liter four-cylinder petrol engine as well as an electric motor that develops 80 hp (60 kW / 81 PS).

Regardless of the final specifications, Toyota says the production model will deliver "class-leading fuel consumption and CO2 emissions."