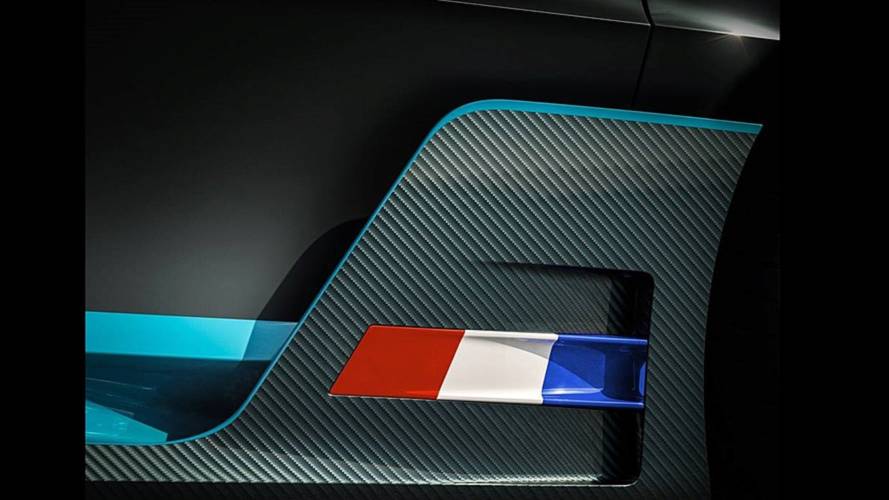 Latest teaser image suggests the Divo might have some things in common with the spectacular Vision Gran Turismo concept.

Never has Bugatti teased a new hypercar for so long and we are still more than three weeks away from the Divo’s world premiere in California at The Quail – A Motorsports Gathering. Following last week’s preview of the model’s rear end with a plethora of LEDs/OLEDs for the taillights, the new machine “built for corners” is making the headlines once again to show off a small section of its side profile.

The aero blade made from carbon fiber hints at the Divo’s extreme aerodynamic package and leads us to believe the car’s exterior design will have a few things in common with the dramatic Vision Gran Turismo. The latter is a one-off introduced at the 2015 Frankfurt Motor Show and since then sold to a wealthy individual likely willing to fork out $93,000 for a set of spare tires and $20,000 to get it serviced.

Back to the car at hand, the Divo will be a special-edition hypercar limited strictly to 40 examples at $5.8 million a pop. No word just yet about whether it’s based on the Chiron or if this is, in fact, an entirely different model. With Bugatti being part of the Volkswagen Group, it has access to the very best Audi, Bentley, and Lamborghini have to offer, so we won’t be too surprised if the Divo will be more than just a Chiron with a different body.

So far it’s looking very promising as Bugatti has promised the “new, strong design language” will harken back to the golden era of coachbuilding for a car with which the company wants to “thrill people throughout the world.” The press release from earlier this month also said something about the Divo being agile and providing nimble handling “in a significantly more performance-oriented way,” which likely means it'll be more track friendly than the Chiron and its slightly lighter Chiron Sport counterpart.

All will be revealed on August 24, but expect more teasers in the meantime.