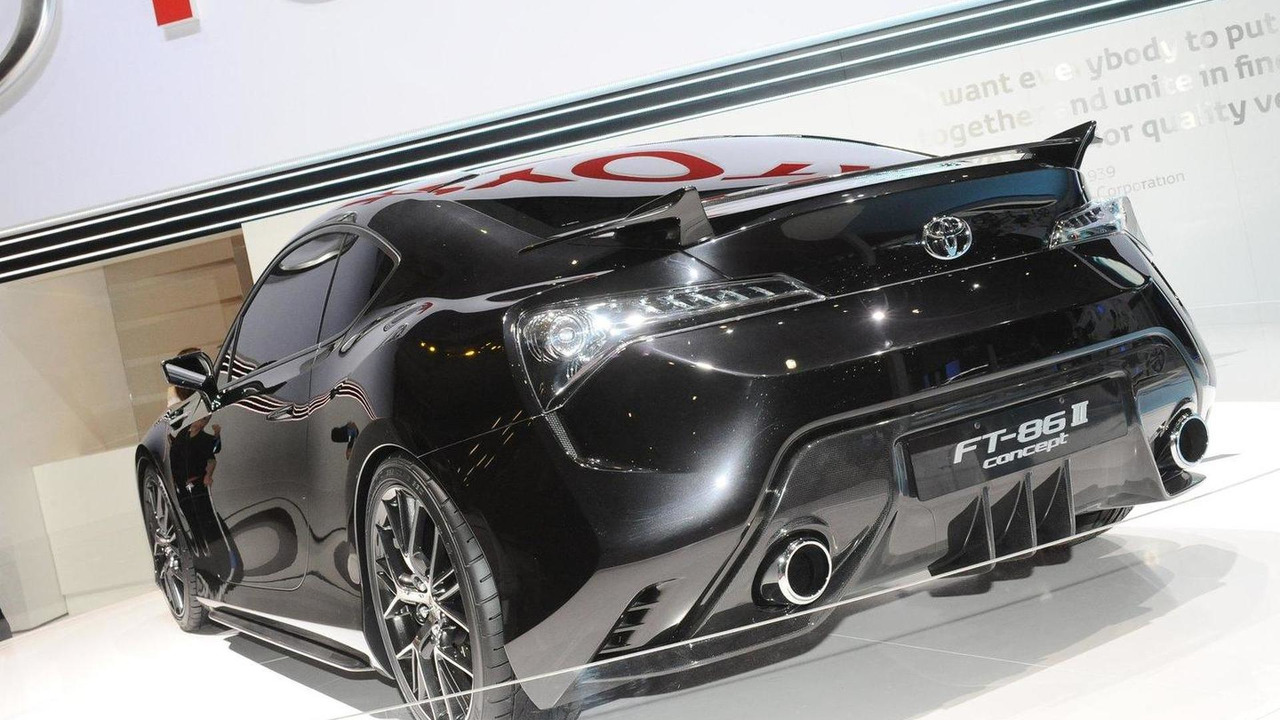 Get the full scoop on the new Toyota FT-86 II Concept, and see the latest pics, inside.

Toyota has unveiled their concept version of the sports car they have jointly designed with Subaru.  The rear-wheel drive Toyota FT-86 II Concept is a preview of the model expected to hit the European market in 2012.

On display now at the Geneva Motor Show, the car has a short rear end, similar to the classic 2000 GT, and a low front end that looks like an evolution of the FT-HS concept seen at the 2010 NAIAS.  It's lengthier hood is also reminiscent of the Toyota Supra Mark III, and combines with the other design elements to create a modern Batmobile look.

This is not a bad thing at all.  The car looks sophisticated from the side, aggressive at the front and modern at the back, and Toyota says that it is quite close to the final look of the production model.  The concept measures 4,235mm long, over a 2,570mm wheelbase, and is 1,795mm wide by 1,270mm high.  That translates to a car that is as wide as the current Subaru Impreza STI, but is 200mm shorter in height, and 350mm shorter in length.

As expected, the car uses a boxer engine mated to a six-speed manual transmission.  The car's rear set cabin and mid-front engine position have helped to achieve better balance and a lower center of gravity, according to the automaker.  Engine specifications were not revealed.

Let us know your opinion of the car in the comments section below.