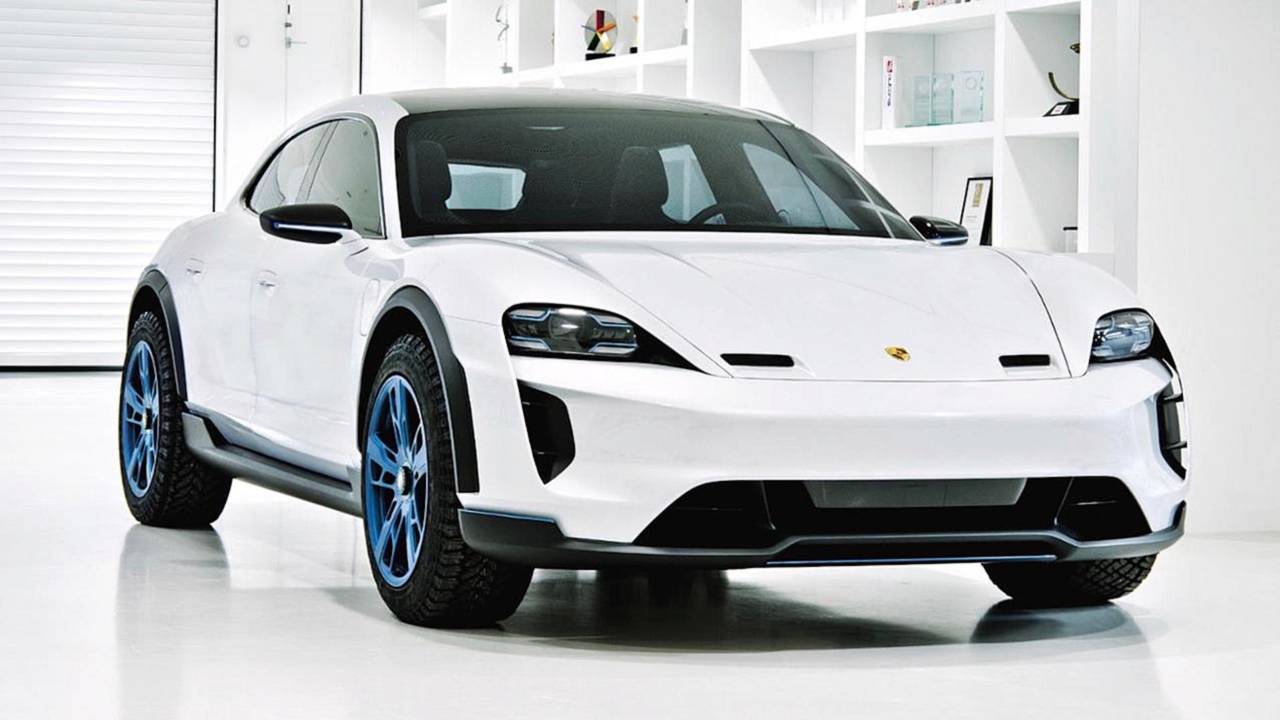 Why are we not surprised?

If there’s something that Porsche is best at, it’s the overall design and artistry that go down to the minutest detail. Michael Mauer, the German carmaker’s Chief Designer, explains the important design elements of the upcoming Mission E Cross Turismo, including what essentially is a preparation to autonomous technology in the electric crossover.

He started off his description with the Mission E Cross Turismo’s light design. He’s decisive in saying that electric Porsches, which includes the crossover’s smaller brother Taycan, have different light design than the rest of the marque’s lineup, while keeping the identity as a Porsche.

The highly-recognizable four-point light design was the key takeaway, as well as the headlamps around the air intakes. The logo at the tailgate was also illuminated for distinction – much like how Toyota and Lexus do it with their hybrid and electric models.

Another thing to look at are the color distinction. The Mission E Cross Turismo sports Thunderstorm Blue rims, which is way different from the Acid Green color of the hybrid models. It’s also outlined by a protective strip, also in blue, while customization is welcome such as carbon fiber construction. Per the chief designer, the rims will also be “extremely strong but appear exquisitely light.”

Mauer is well-aware of the Mission E Cross Turismo’s similarity to other Porsches, particularly in form and silhouette of the Panamera Sport Turismo and Taycan, with a dash of Macan. The difference? The higher roofline as a result of the battery placed under the passengers. Still, width and height proportions came into play, typical of a sports car.

Last, but definitely not the least, Mauer was specific with the two light recesses at the Mission E Cross Turismo’s hood. He mentions that it is for additional headlights that are similar to Porsche rally vehicles. However, he also said that these can be imagined as where the sensors for autonomous driving could be found.

Background on the design of future e-models: In a guest article, Michael Mauer, Chief Designer at Porsche, explains the design of the Porsche Mission E Cross Turismo, first unveiled at the Geneva Motor Show.

Light design as an expression of the e-identityA battery-powered Porsche differs from a sports car with a combustion engine in terms of its typical design elements. The brand identity is not called into question. But we do have to highlight the fact that this is an e-Porsche. That’s illustrated by the front headlights around the air intakes, for example. The exterior architecture disappears visually. At the same time, the four-point design is recognizable even with the headlights switched off. The logo in the back is illuminated. The familiar Porsche light strip communicates with the environment: it signals the current charge level, for example.

Differentiation through colorThe Mission E Cross Turismo’s rims in Thunderstorm Blue establish a clear distinction from the Acid Green of the hybrid models. So the upper edge of the front and rear protective strips also features a contour line in blue. The purist technical structure of the rims is striking to behold. They’re extremely strong but appear exquisitely light and are thoroughly customizable—with carbon elements, for instance.
SilhouetteIn principle, the Mission E Cross Turismo is an ultra-sleek off-roader. It’s a sports car with the character of an SUV. The family resemblance to the Panamera Sport Turismo and the Mission E is unmistakable. As are, of course, the Macanesque undertones. What stands out is the higher roofline due to the batteries positioned under the passengers. The result is a dramatic, compelling relationship between width and height—the most important characteristic of typical sports car proportions.
Light recesse

The two recesses in the front hood are an allusion to the prominent additional headlights featured on the Porsche rally vehicles of yore. It’s conceivable that sensors for autonomous driving could be concealed behind the opening.