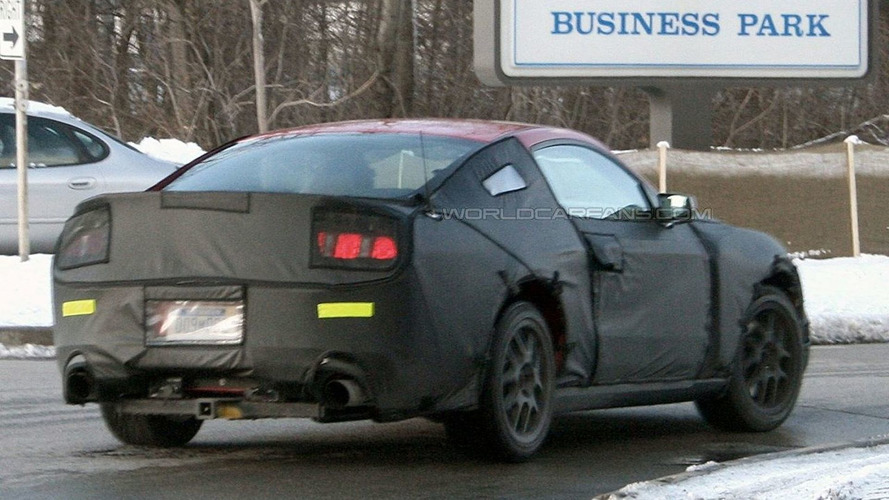 It will be a rather big update with new front and rear fascia, including grille, headlamps and taillights.

A few days ago our carparazzi spotted a heavily camouflaged Ford Mustang on the Detroitt roads, and a day later Bob Lutz announced to 'pull the covers' off the upcoming Camaro, which now does its testing free of camouflage. The heavily camouflaged 'Stang was not just any new Mustang, but a Mustang GT Coupe (notice the dual exhaust) with what look remarkably like GT500 wheels.

Sources say that we can expect a mid-cycle facelift in 2010 for the pony car, and judging from the amount of covering it seems that it will be a rather big update with new front and rear fascia, including grille, headlamps and taillights.

If we are to believe the rumors, the 2010 Mustang will go into production early 2009 ith sales starting in either the late in the first or second quarter of 2009.