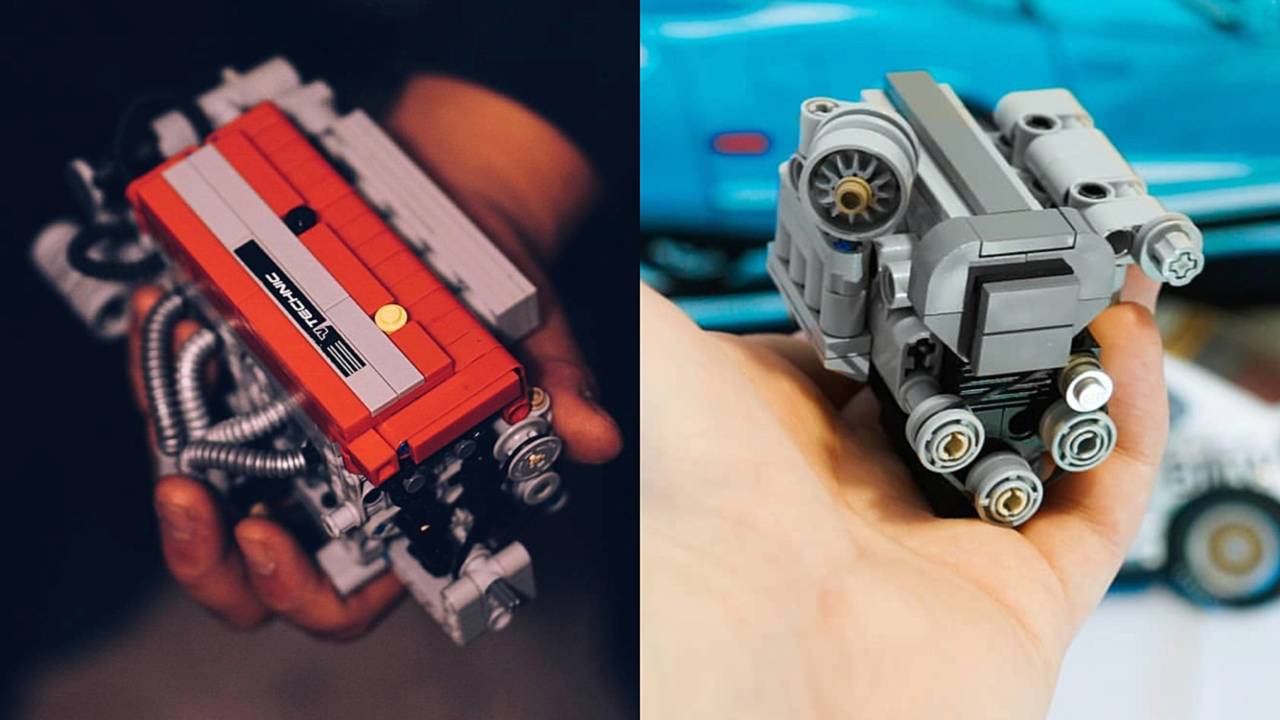 There’s a detailed LS, a tiny 2JZ, and even a functioning K-Series.

We’ve seen a number of amazing homemade Lego creations over the years. This highly detailed Nissan GT-R and this handsome AC Cobra are two of our favorites. But while most amateur builders prefer to piece together scale-model replicas of iconic vehicles, one builder has decided to create amazing scale model of iconic engines instead.

Lego all the things:

Replica Motorsport, a page dedicated to scale-model engine builds, has an amazing collection of Lego motors to choose from. On their Instagram page you’ll find an extremely detailed LS engine, modeled after the 6.2-liter LSX376-B-8 engine, as well as an air-cooled flat-six Porsche engine modeled after an early 1960s units.

For JDM lovers, there’s also a tiny B-Series engine, and a really cool 2JZ. But arguably the most-impressive offering is the functional Honda K20 engine. It looks like it was ripped right from under the hood of a Civic Type R, and measures in at 7x4x5 inches. There are a number of videos of it in action. You can check them out below.

All of these Lego engines are really cool, but only one of them is currently for sale. Replica Motorsport is offering the tiny 2JZ (which stretches out to just 2.5 inches long) for $35 on its Etsy page. The functional K20 engine, meanwhile, is completely sold out.

Lego doesn’t offer replica engines on their own, but some of their new sets do feature semi-functional motors. The Bugatti Chiron set, for example, has a W16 engine with working pistons and functional paddle shifters. Even the Aston Martin DB5 set has an inline-six engine.