A multi-step process is necessary to put the gold accents on each wheel.

Porsche continues its incredibly slow striptease for the Project Gold. This time the firm shows off how to create the wheels for this special machine.

Given this machine's name, it's only natural that this unique Porsche has hints of gold on the wheels. The process of getting the color of them is complicated, though. First, a technician sprays some gold paint on specific sections of the wheel. After the color dries, the whole wheel gets a deep gray coat. When everything is ready, a worker puts the wheel in a booth, and a laser burns off the top layer to reveal the gold underneath. The company used a similar process on the wheels for the Turbo S Exclusive Series. 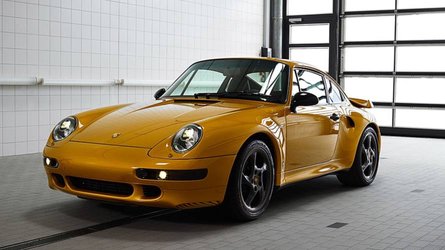 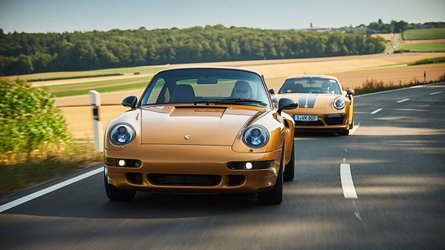 Porsche's teasers for the Project Gold aren't revealing much about the vehicle. The body shell appears to come from a 993-generation 911 Turbo S due to the shape of the headlights and rear fender vents. However, design sketches hint the company might reshape the rear section of the roof to make it sleeker. The only detail that Porsche confirms at the moment is that the project starts with a classic 911 shell and transforms the body into “a truly unique piece.” In the latest teaser, the automaker confirms that more info arrives on August 3.

Since Porsche is celebrating its 70th anniversary this year, we have to wonder whether the company might be blending design elements from various eras together to create a single vehicle that pays tribute to the automaker's entire history. It doesn't seem likely that the resulting vehicle would be something available to consumers, though, which is a shame.

If you'd rather have a road-going Porsche that celebrates the brand's anniversary, then be patient for the upcoming 911 Speedster. It's a product of the company's GT division and is essentially a 911 GT3 Touring with no roof. Rumors suggest the company might only build 1,948 of them in recognition of the year of the automaker's creation.