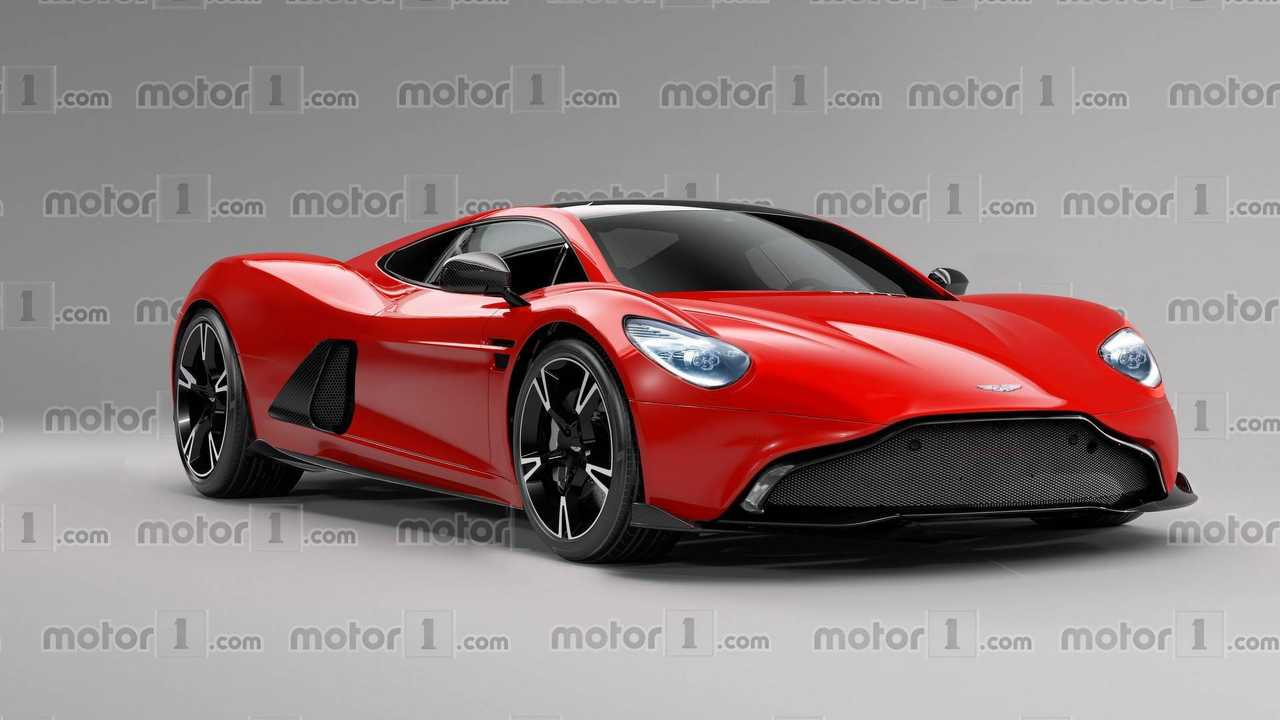 Aston says it will be the most beautiful mid-engined car on the road.

Aston Martin fans were both happy and sad back in April when the company announced plans to dust off the DBS moniker for the Vanquish’s replacement. The new model, which was revealed at the end of last month, goes by the full name of DBS Superleggera to honor the Italian coachbuilders at Carrozzeria Touring Superleggera.

But the “Vanquish” nameplate isn’t being retired as the peeps from Gaydon have revealed the iconic name is merely on a hiatus and will return to become a badge on Aston Martin’s mid-engined supercar slotting below the Valkyrie. In an interview with Australian media during the international launch event of the DBS Superleggera in Germany, the company’s chief creative officer, Marek Reichmann, strongly hinted about keeping the “Vanquish” name alive:

Discover more about the baby Valkyrie:

As if that wasn’t clear enough, Aston Martin’s official went on to specify “Vanquish” will be put to good use on one of the firm’s seven cars bound to arrive within the next seven years.

Beyond the car’s name, Reichmann revealed significant progress has been made with development as the company already has a dozen of scale model designs as well as three fullsize models. Without going into details, Aston Martin’s chief creative officer mentioned it will be “the most beautiful mid-engined car on the road,” adding it will take advantage of the know-how obtained during the Valkyrie’s development process.

For obvious reasons, Reichmann did not disclose any of the mid-engined supercar’s technical specifications, but we already know it will bank on Red Bull Racing’s F1 expertise. Don’t hold your breath for a V12 as instead, the new Vanquish could use a V8 accompanied by an electric boost. We also know Aston’s 488 GTB fighter will benefit from a newly developed carbon fiber monocoque with aluminum sub-frames, so it should prove to be quite light. Add into the mix some active aero tech inherited from the Valkyrie, and then the McLaren 720S truly has something to worry about.

Expect the mid-engined machine to arrive at some point in 2020.