No, This Is Not A Range Rover Evoque

We can tell by the pixels.

So, you want a new Land Rover Range Rover Evoque? With a base price of $41,800 MSRP, the 2018 model year is not what we call an affordable vehicle. It's clear that you need other options.

One Indian enthusiast has found a clever way to transform his new Suzuki Vitara Brezza into a pretty convincing replica of the premium compact SUV from Great Britain. The Vitara Brezza is a cheap crossover for the local market, which has a price of less than $15,000 at the current exchange rates. 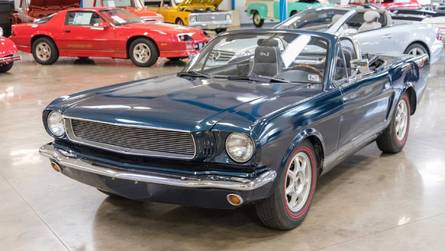 This Classic Mustang Is Actually A Mazda Miata, And It’s For Sale 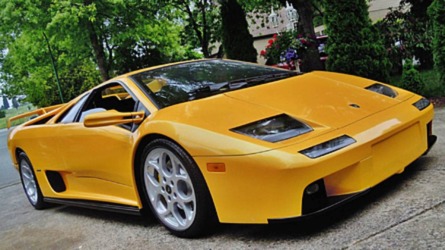 Diablo Replica Doesn’t Look Half Bad, But $60k Is Hard To Swallow

The owner of the car reportedly invested an additional $9,000 to build his dream Evoque, and some of the components seem to be sourced directly from an actual Evoque. He asked a Kerala-based customization company to help him get the work done and they modified the bumper and other body details to fit his car. The front end also gets projector headlights and Land Rover’s signature two-bar radiator grille.

At the back, the taillights and bumper are pretty close to the original, and – if you are not familiar with the real Evoque – you could easily be fooled this is indeed an original British SUV. However, the interior is almost completely original but features a two-tone color combination.

Under the hood, naturally, is the Vitara’s standard 1.3-liter diesel motor, which is good for 90 horsepower (66 kilowatts) and 147 pound-feet (200 Newton-meters) at 1,750 rpm. Power is sent to the front wheels through a five-speed manual gearbox, which is now the standard choice for the model on the Indian market. Optionally available is a five-speed automated manual transmission.

Half the price, half the size, half the power of the original Evoque, this replica may not be your cup of tea, but we have to applaud this guy’s purposeful efforts to build the car of his dreams. Good job, dude!