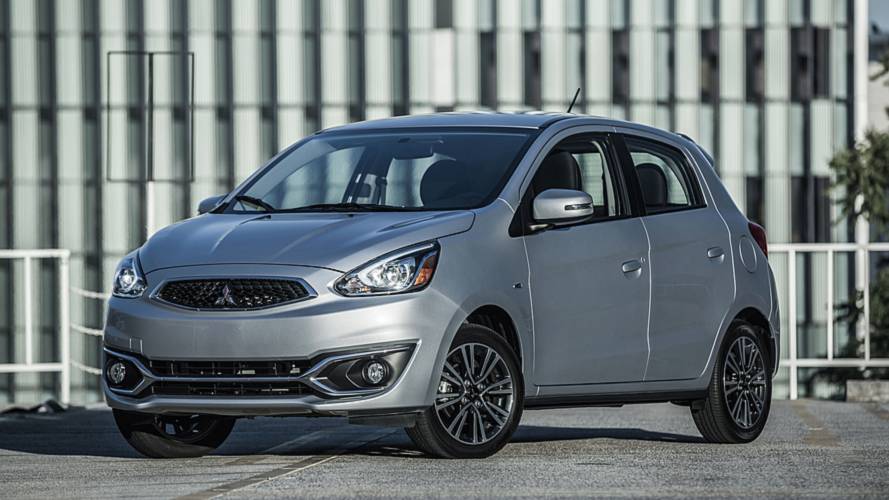 It’s ripe for a raised suspension and sportier aspirations.

Mitsubishi won’t resurrect the Eclipse nameplate for a new coupe. That iconic moniker is scrawled on the back of a crossover, and, to ensure customers don’t confuse it with its sporty two-door predecessor, suffixed “Cross” to the end of the name. A report from Response.jp suggests another Mitsubishi nameplate could be ripe for the crossover treatment.

The Mirage, a subcompact hatchback of the affordable variety, is rumored to be the next nameplate to get a crossover variant. Whether that means the Mirage hatch will disappear entirely remains unknown. The company could sell the hatchback alongside the Mirage Cross. Customers wouldn’t notice.

This new report contradicts others saying the Mirage would remain a small hatch. With the ink of Renault-Nissan-Mitsubishi merger now dry, it was thought the next-generation Mirage would be based on the Renault Clio. It’s now reported the Mirage could be a Mitsubishi equivalent of the Nissan Juke, which hasn't sold well in the U.S.

Whatever form the Mirage takes next, it will likely come with a turbocharged 0.9-liter three-cylinder engine. It will be the base offering producing 94 horsepower, according to the report. That is an improvement over the current Mirage, but far from impressive compared to other tiny crossovers on the market. A 1.5-liter turbo diesel is rumored along with a possible EV model.

There have also been rumors of the Lancer nameplate coming back. However, like the Eclipse, it would be a crossover if the rumors turned out correct. Right now, either a Mirage or Lancer is possible. Automakers can’t seem to build new crossover fast enough for consumers. Car sales are declining for all automakers, and it makes perfect financial sense for a car company to build cars people actually buy.

As lovely as it would be for Mitsubishi to resurrect a proper Eclipse coupe or Lancer or Galant, they won’t sell no matter how exceptional they are compared to the competition. People want crossovers, and it sounds like Mitsubishi is determined to give the people what they want.

Source: Response.jp via The Truth About Cars