The driver was okay, but the Toyota RAV4 suffered serious damage.

Video captured the moment when a sinkhole opened up on a street in Sheridan, Colorado, and swallowed a Toyota RAV4 on July 24. The driver wasn't injured, according to police, but the SUV then fell into a watery grave.

The local police snapped a photo of the vehicle after it had been removed into the hole (see below). Water had covered the RAV4 nearly up to its roof, and the SUV incurred serious damage. 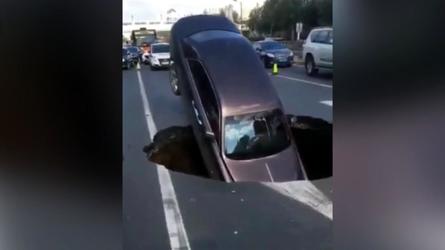 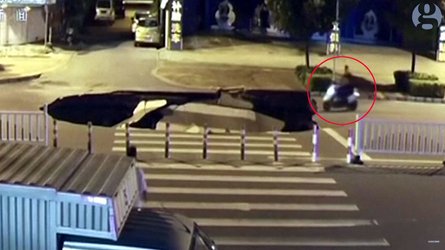 Watch This Scooter Driver Casually Ride Into A Massive Sinkhole
⠀ 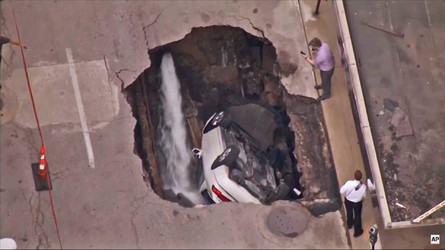 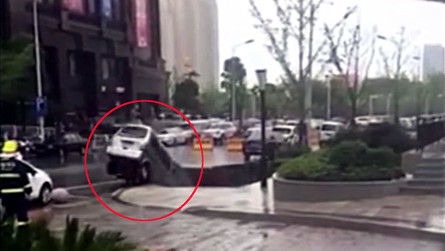 Sheridan, Colorado, experienced heavy thunderstorms the night before the sinkhole opened. The rain affected a pipe under the road, causing a cavern to form. WIth nothing to support the pavement and heavy vehicles driving over it, a section of the street collapsed, and the RAV4 fell in. The footage didn't make it clear whether the driver didn't notice the crater or whether it opened up underneath the SUV. The police closed the road in both directions to let crews inspect the damage. They eventually reopened a single lane going each way.

Most vehicle-eating sinkholes only devour a single model like this one, but they occasionally are hungrier by sucking down whole fleets at a time. The most memorable case of this happening was in 2014 when a sinkhole opened at the National Corvette Museum and sent eight historically important 'Vettes into a deep crevasse. A recovery team eventually fished them all out of the hole, and careful restorations eventually brought several of the sports cars back to pristine condition. The ones at the bottom of the pile were damaged beyond recognition, though.