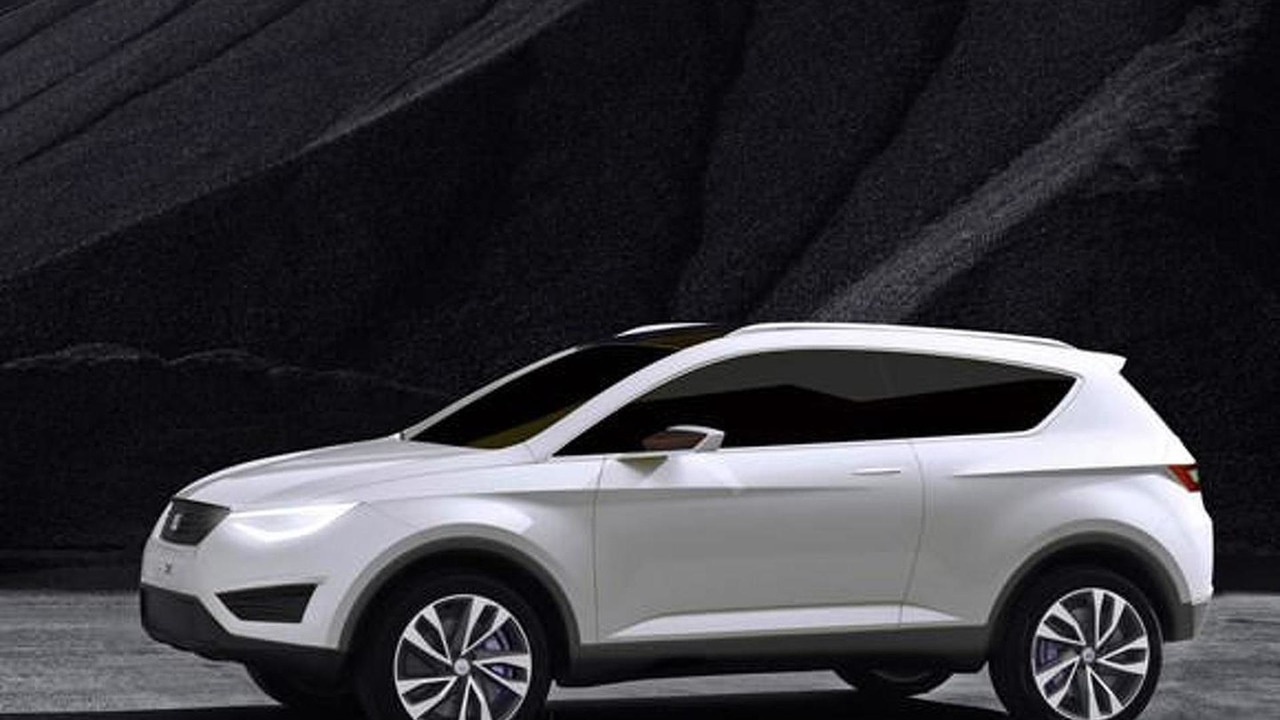 Emphasizing body design in this stark white concept, the IBX seeks to finally fill the long time void in its model lineup.

The intense anticipation of Geneva Motor Show has claimed yet another casualty with these leaked photos of the SEAT IBX compact suv concept.

Emphasizing body design in this stark white concept, the IBX seeks to finally fill the long time void in its model lineup. Within its own VW Group siblings, the IBX finds itself in the same size segment as the Volkswagen Tiguan, Audi Q3 and Porsche Cajun. Outside the VW Group, the Ford Kuga, Opel Antara, Nissan Qashqai all compete in this increasingly crowded segment.

No details about the concept are known, but looking at the photos we can see it is a three-door SUV. Unlikely to appear in this configuration as a production vehicle, we can't help but recall Seat's previous 3-door concept SUV in 2007's Tribu Concept. Clearly the gap between these two concepts is quite far apart as the IBX looks a bit closer to production.

More details will be unveiled tomorrow during the VW Group pre-Geneva media event.