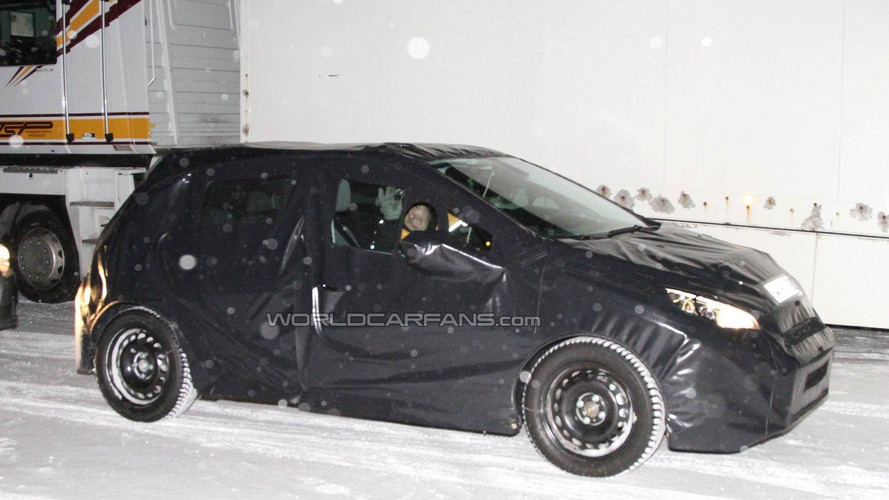 Successor to the 207 model spotted testing being benchmarked against the likes of the Citroen DS3.

It's a set of shots like this that let us know the perils of spy photography, as we see an animated Peugeot tester looking upset at the presence of the camera.

Our spy photographers report that this 208 prototype spotted here had just returned from a test run in a motorcade of benchmarking models including the Citroen DS3. They were able to snap these shots before the cars were loaded back onto a transporter to be led away from the testing facility.

This prototype is so heavily camouflaged, as if Peugeot just wrapped it up in a roll of garbage bags, that there is little we can decipher of the next-generation 208's design. But we do know where Peugeot is going with its feline fascia from the recent 508, so we can expected a smaller grille compared to the gaping mouth of the current 207 model. And judging from the shots here, it seems that the 208 may have a more upright rear hatch than the 207.

Our spy photographers reported testing on 3-door and 5-door variants which indicates the 208 will debut in those body styles first before introducing an SW (wagon) variant.