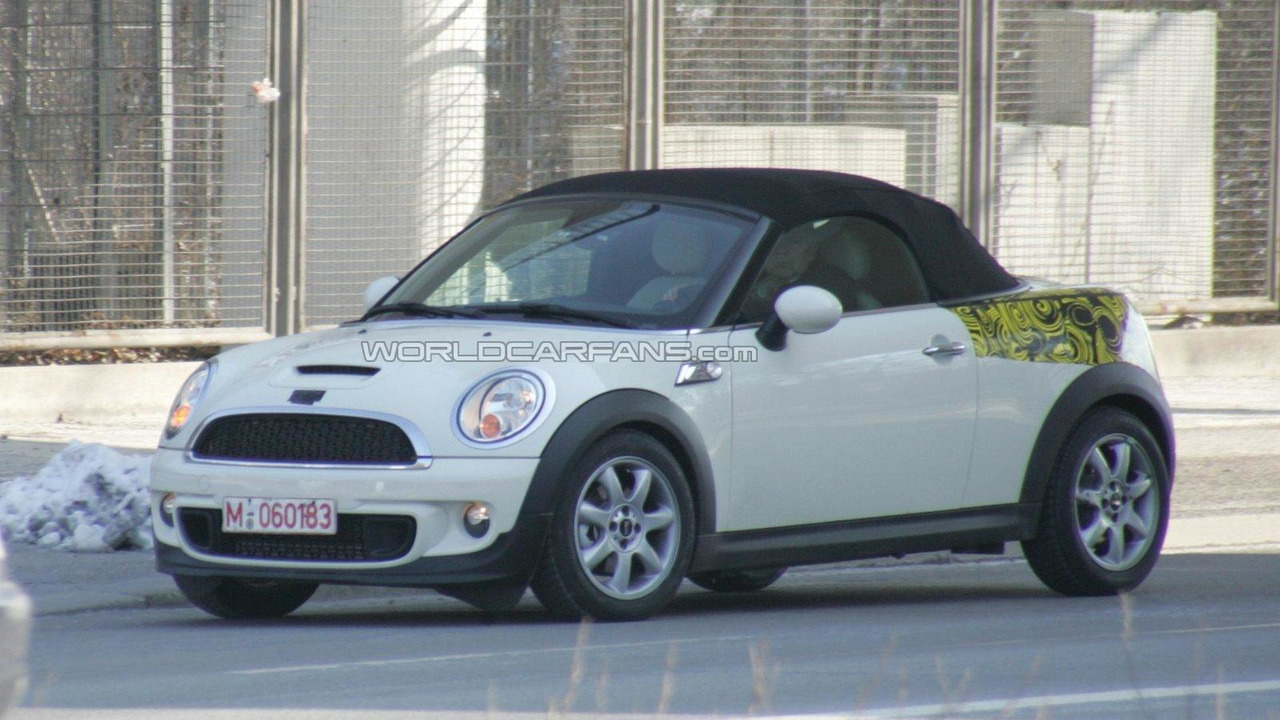 The MINI Roadster is sticking close to the concept model that previewed it, although MINI may be hiding some small changes to the rear shoulders and trunk beneath those strips of camouflage.

Here's a follow up set of spy shots after last week's which were some of the first seen of the upcoming 2012 MINI Roadster.

This group shows the MINI Roadster from all angles and we can see that MINI is sticking close to the look of the Roadster concept which debuted at the Frankfurt motor show back in 2009. Hence, the lack of camouflage.

Which begs the question, what is MINI hiding under those strips of camo on the rear shoulders and trunk of this Roadster prototype? Looking closely, perhaps MINI is trying to hide some minor stylistic changes there, likely due to the reality of fitting a proper folding roof to the car as opposed to the roof design of the non-road going concept model.

This MINI Roadster would have made a decent splash at Geneva but it seems that MINI is not quite ready to debut the model yet. Expect a market launch later in the year.