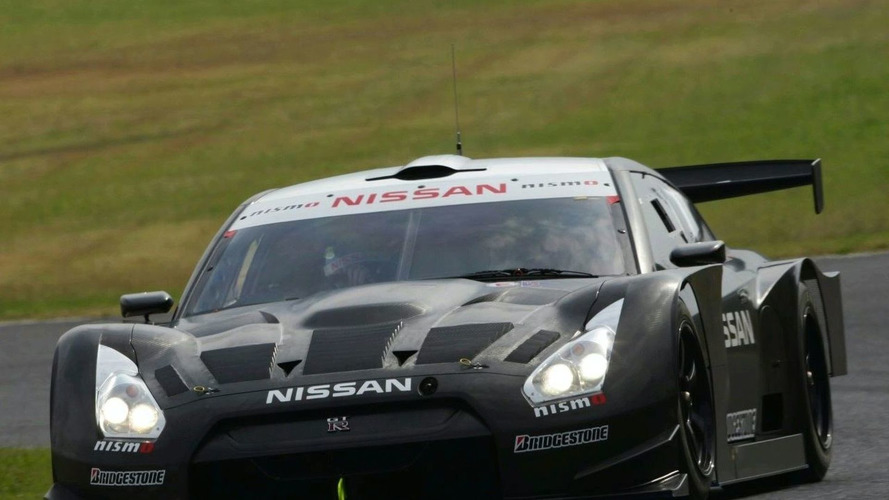 The GT500 specification Nissan GT-R racing car, which will vie for the 2008 SUPER GT series, will make its public debut at the upcoming Tokyo Auto Salon with NAPAC

This Friday, January 11 2008, Nissan will reveal their 2008 Nissan GT-R GT500 race car at the Tokyo Auto Salon, alongside a few more concepts and tuning packages (which now also include a Nismo Tiida S-Tune Proto, more info in Japanese here). The new GT-R GT500 will be shown in the new Nissan livery, which has been designed as a collaboration between Nissan, NISMO (Nissan Motorsport) and feedback from members of the 'Club NISMO' fan club.

The brush stroke design motif will remain in the livery due to the fact that motorsport fans from all over the world immediately associate that with Nissan. Otherwise the car will mainly use red (signifiying racing passion) and black (signifiying high performance), swiping forward from the rear.