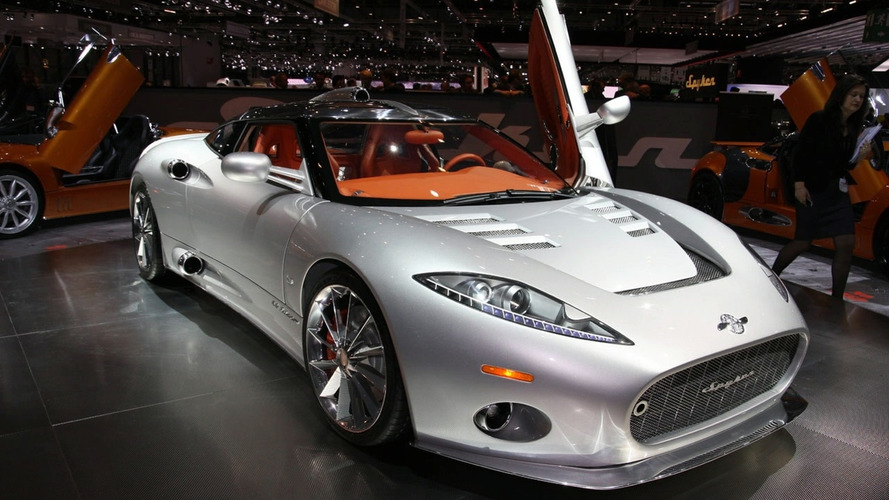 Find out how much the Spyker brand is worth, and what the deal means for the C8 Aileron, D8 Peking-to-Paris and Saab, inside.

Spyker has struck a deal to sell off its exotic sportswear business to Coventry, England, firm CPP Global Holdings for €15 million in cash, and €17 million in future profits over the next six years.  The result is "effectively, the establishment of a new British car manufacturer," Spyker spokesman Mike Stainton told WorldCarFans, and will allow Spyker CEO Victor Muller to focus his attentions on making Saab profitable again.

Meanwhile, the Spyker brand will be afforded more attention by the new firm to get it back on the schedule laid out in its business plan.  The D8 Peking-to-Paris and the C8 Aileron will keep the Spyker name when CPP begins production of the two vehicles.  Opportunities for future technology sharing and cooperative development between the two firms will be evaluated on a case by case basis.

Spyker N.V., parent company of both the Spyker and Saab brands, has a significant amount of debt, partially due to the purchase of Saab in February 2010.  Proceeds from the sale will be used to pay down that debt, with Spyker N.V. ultimately changing its name, according to Stainton.

Muller will remain CEO of the sports car division for the time being, but a new CEO should be named in less than six months, according to Stainton.  CPP Global Holdings is backed by heavy Spyker investor Vladimir Antonov.  The Russian entrepreneur had been a sticking point in the Saab deal when allegations of ties to organized crime surfaced during negotiations with GM.  Antonov denounced the allegations, which were never publicly proven.

The sale will not require approval from outside investors, shareholders or regulatory bodies, Stainton said.  You can read more about the deal in the press releases below.