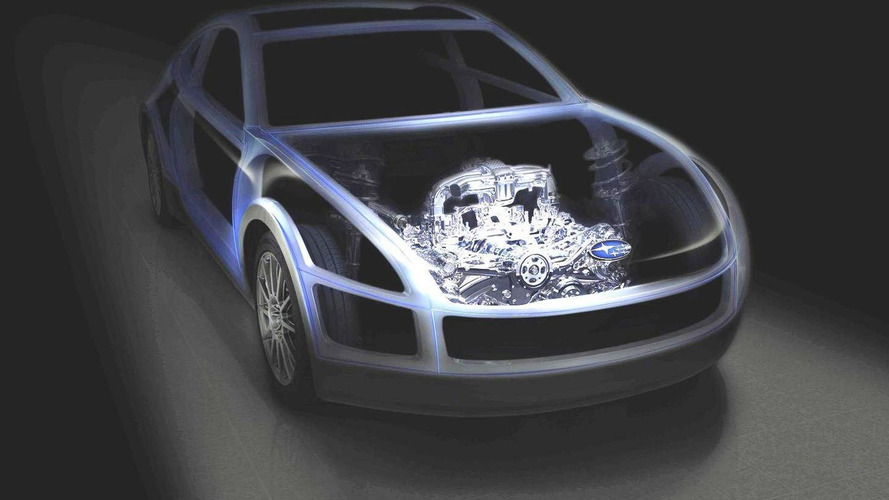 Subaru has released the first teaser image of the Rear-Wheel Drive Sports Car Technology Concept, which is their version of the Toyota FT-86.

Details are limited, but a quick toggle of the contrast tool in Photoshop reveals a sleek design under the darkened background that looks similar to previous renderings. Furthermore, compared to the original Toyota FT-86 concept, the Subaru has a rounder front fascia, prominent wheel arches, and a higher character line.

The Subaru Sports Car Technology concept and Toyota FT-86 II concept will be unveiled at the Geneva Motor Show, so stay tuned for additional information.