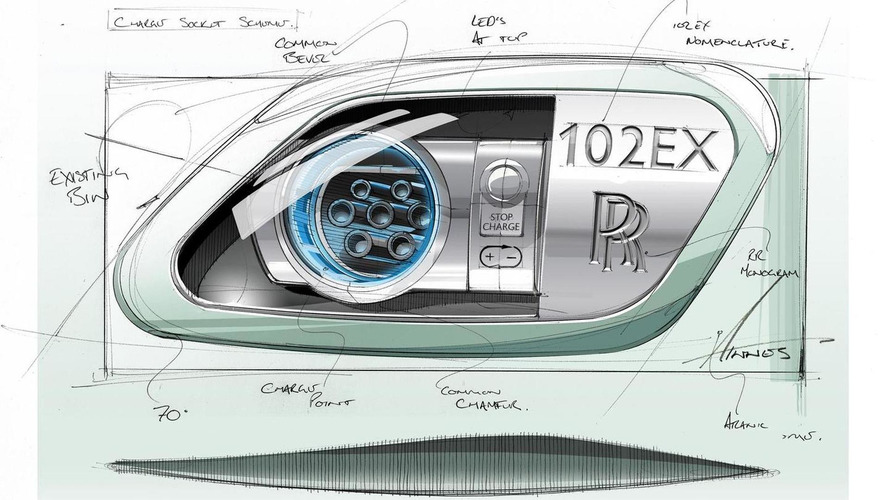 With the Geneva Motor Show just around the corner, Rolls-Royce has released the first teaser images of the 102EX concept.

With the Geneva Motor Show just around the corner, Rolls-Royce has released the first teaser images of the 102EX concept.

Essentially a Phantom EV, the 102EX is a "test bed" which will be used to gather feedback about consumer acceptance of alternative powertrains. As part of this process, VIPs (owners, enthusiasts, and members of the press) will get the opportunity to test drive the car at a number of locations in Europe, Asia, North America, and the Middle East.

According to Rolls-Royce CEO Torsten Müller-Ötvös, "With this vehicle, we begin an exploration into alternative drive-trains, seeking clarity on which alternative technologies may be suitable to drive Rolls-Royce motor cars of the future." He added, "It must be a technology that is right for our customers, our brand and which sets us on a sound footing for a sustainable future."

No word on specifications, but more information will be released when the 102EX is officially unveiled on March 1st.