Hyundai i40 revealed for Europe - debut in Geneva 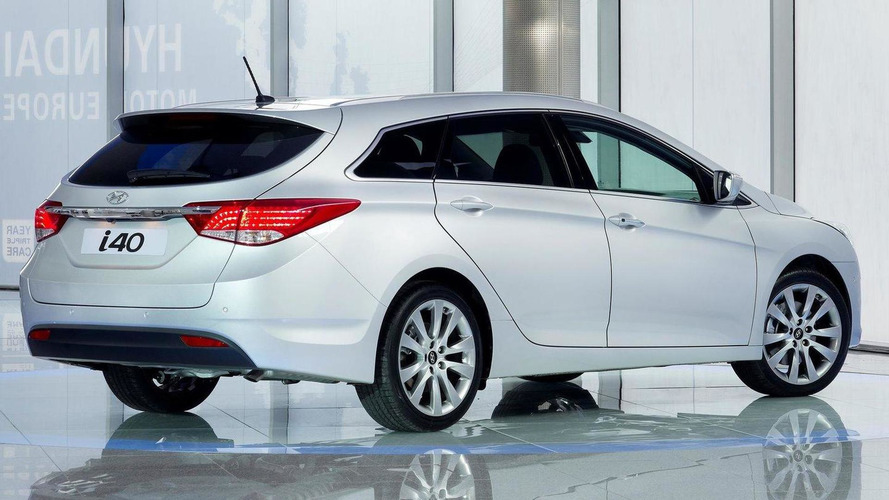 Hyundai i40 revealed for Europe - debut in Geneva

Hyundai has released first images and details of the i40 ahead of its Geneva Motor Show debut. As a wagon variant, the i40 is Hyundai's first stab at the D-segment in Europe.

Basically a European version of the Sonata in the U.S., the i40 has been redesigned on the outside to differentiate the continental models. However, the i40 has been developed specifically for the European market, with a package of powertrains, equipment and technology tailored for European preferences. Market launch is expected to begin shortly after its Geneva debut with the sedan following later in the year.

On the outside Hyundai has given the i40 its 'fluidic sculpture' design language which can be distinguished by its hexagonal grille flanked by two jewel-like headlamps along with the prominent characterful lines that flow from front to rear.

Uniques features include heated and reclining front and rear seats; a heated steering wheel; and an active de-mist system that automatically detects and clears mist on the windscreen.

Under the hood the i40 has a 1.7-litre diesel engine which emits just 113 g/km of CO2 emissions – a best-in-class figure according to Hyundai.

Also accompanying the i40 in Geneva are the Curb concept and 1+2 Veloster both of which had their worl premieres at the North American International Auto Show last month.