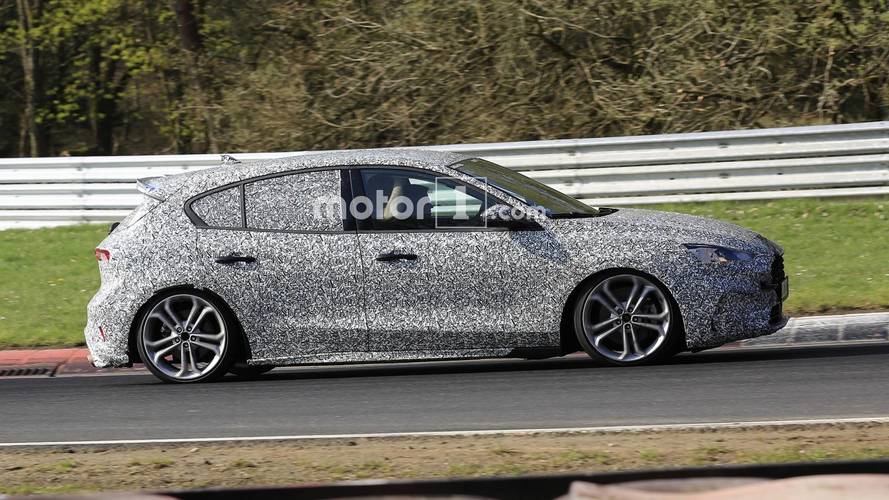 The fourth generation Ford Focus is already on sale across Europe and will eventually hit U.S. showrooms as an Active crossover-inspired variant sometime next year. For the new model year, the vehicle is all-new inside and out, offering a revamped engine range, new automatic gearbox, and more upscale cabin. If you were already asking yourselves what powertrain the hotter ST modification will use, we’re happy to report we finally have some unofficial information on that matter.

Unfortunately, the new Focus ST won’t switch to the larger 2.3-liter EcoBoost from the Focus RS, but, according to a new report from Motoring, will instead retain its current 2.0-liter turbocharged engine. That’s not bad news after all, as previous reports suggested the model could move to Ford’s new 1.5-liter three-cylinder engine, but engineers of the company have decided the four-banger is a better option.

The current Focus ST boasts the same 2.0-liter engine, which delivers 252 horsepower (188 kilowatts) and 270 pound-feet (366 Newton-meters) of torque. We expect the new EcoBoost to be slightly more powerful and, according to our source, it will finally be offered with an automatic gearbox with paddle shifts. The identity of that transmission remains a mystery, but most likely Ford will use its new eight-speed torque converter. A dual-clutch 'box is also a possibility.

The new ST will have a multi-link rear suspension as standard, a layout that’s now optional on the regular Focus. It will ride on standard 18-inch wheels with the option of 19-inch tires and will feature a retuned version of the already quite precise handling system found in the standard Focus.

According to previous reports, a diesel-powered ST is also in the cards for the European market. The sporty hatch (and wagon) with an ignition compression engine currently accounts for roughly half of the Focus ST sales, and Ford plans to stick with the 2.0-liter engine under the hood.