Porsche Talks To Us About The Engines Powering The 2019 Macan 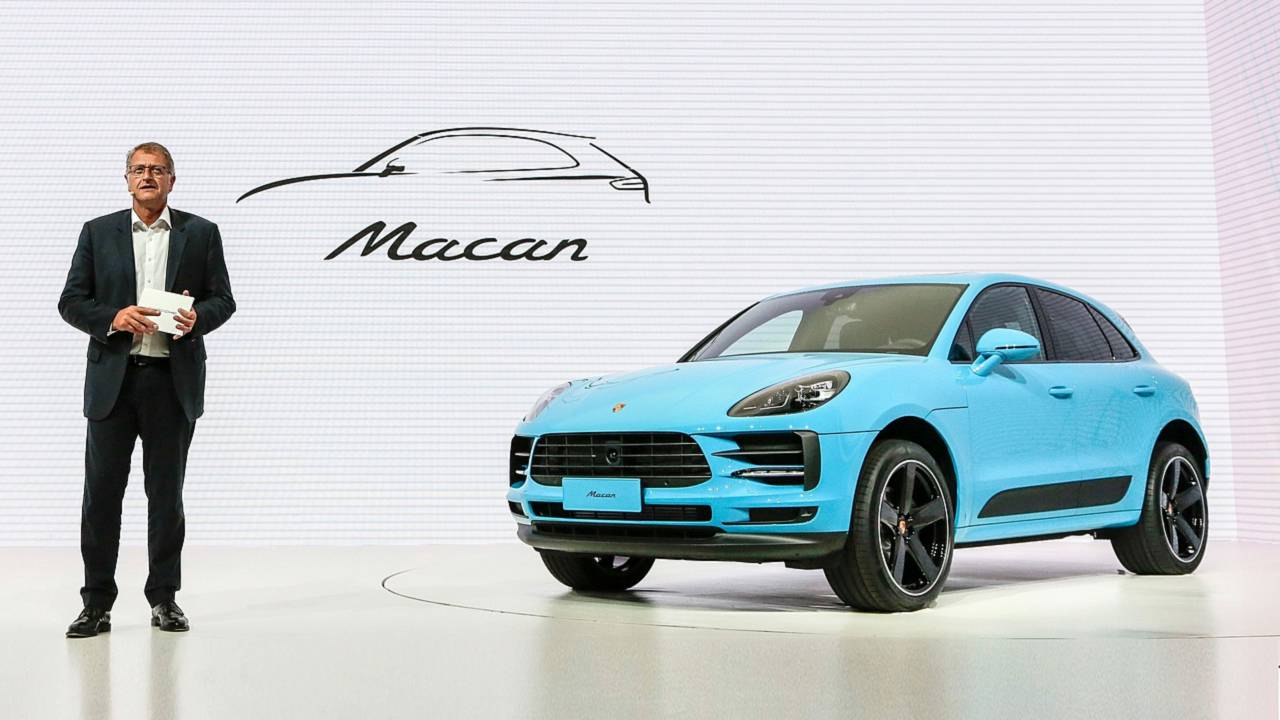 If you want a sporty crossover with a diesel engine, you'll have to look elsewhere as the revised Macan only comes with gasoline units.

When Porsche introduced the 2019 Macan yesterday, the press release did not contain any details about the engines available underneath the crossover's Miami Blue paint. Thankfully, our colleagues from Motor1.com Germany had the privilege of attending the model's world premiere in Shanghai and were able to source some info about what will power the updated model. There’s both good and bad news to share.

First things first, the 2.0-liter four-cylinder Macan will soldier on with 252 horsepower, but in Europe, it will be downgraded a little bit to 245 hp in order to meet the more stringent Euro 6d-TEMP regulations. The reveal was made by Porsche spokesman Ben Weinberger, who went on to specify the base Macan will be the first to go on sale.

Should you want a beefier version, you’ll have to patiently wait until next year when the hotter Macan S with its six-cylinder mill will go on sale with 354 horsepower, up from the outgoing model’s 340 hp. That will bring it dangerously close to the 360-hp GTS, which wasn’t mentioned in the interview, but logic tells us it will get more power to distance itself from the S. An unveiling of the updated Macan GTS might occur as early as December at the Los Angeles Auto Show, but we’ll have to wait and see about that.

If that’s not enough to quench your thirst for power, the Macan Turbo will borrow the Cayenne S’ biturbo 2.9-liter V6 with 440 hp on tap. It will deliver an extra 40 hp over its predecessor and will match the output of the Macan Turbo equipped with the optional Performance Package.

Porsche through the voice of sales director Detlev von Platen has also told us all gasoline engines are going to feature a particulate filter, while the availability of a diesel has not been decided. The company is keeping a close eye on market trends to figure out whether there is a need for a diesel engine, not only for the Macan but also for the bigger Cayenne.

Due to the Macan’s platform limitations, the performance crossover will not spawn a hybrid derivative this generation. The situation will definitely change with its successor as the company has already hinted a couple of times it might come out with a pure electric Macan.