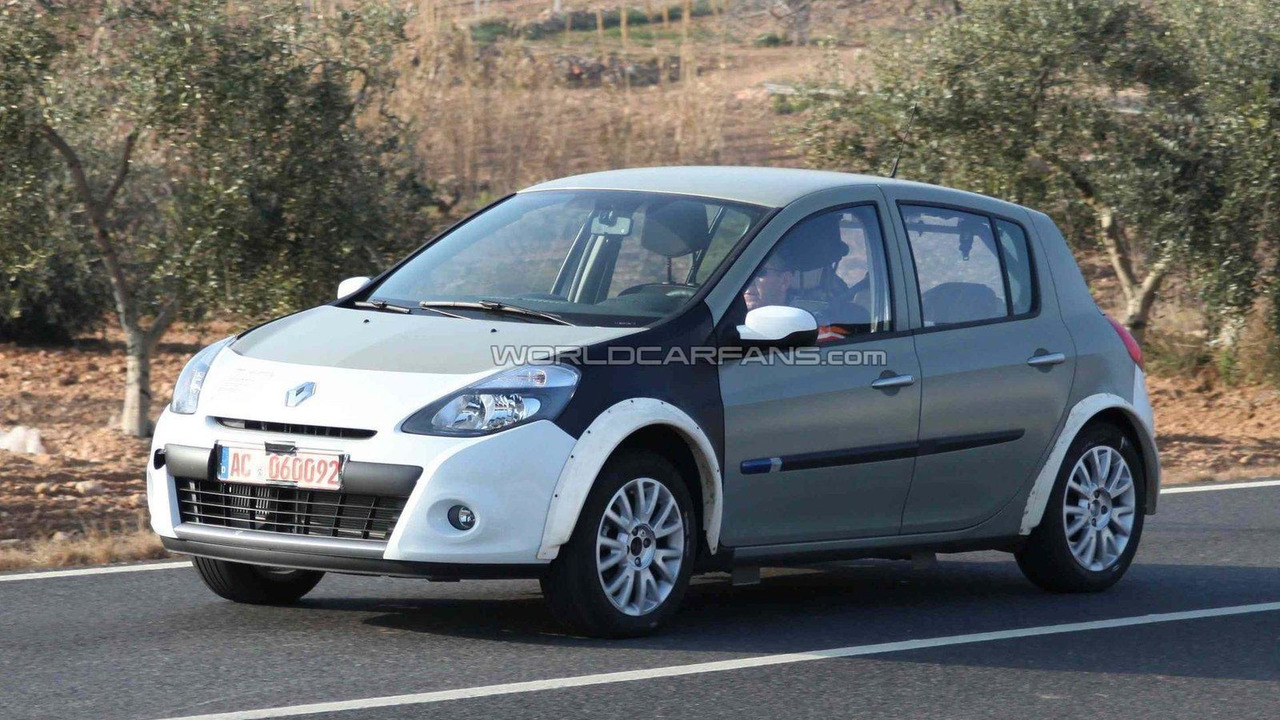 Clio mule spotted with new body panels for the front and rear ends as well as wider wheel arches.

Here are some of the first spy shots of the upcoming next-generation Renault Clio spied while testing in Europe.

This chassis testing prototype spotted here is a current Clio mule which features changes to the front and rear ends, wider wheel arches and something definitely going on under the body. It appears to look longer than the current Clio, as if the wheelbase had been stretched, but we cannot be sure about that. Redesigns of the front and rear ends are obviously coming with all those new body panels stuck onto this mule, although, Renault does not look ready to be fitting new headlight or taillamp clusters to the prototype.

Powering the next Clio we can expect a range of Renault engines which the French automaker will also be supplying to Mercedes-Benz for its smaller models. Those include 1.2 liter, 1.4 liter and 1.8 liter turbocharged petrol engines as well as a 1.6 liter diesel.

No news yet on when the next-generation Clio is due but given how early Renault is in the development we can expect a debut sometime in 2012, perhaps as a 2013 model.