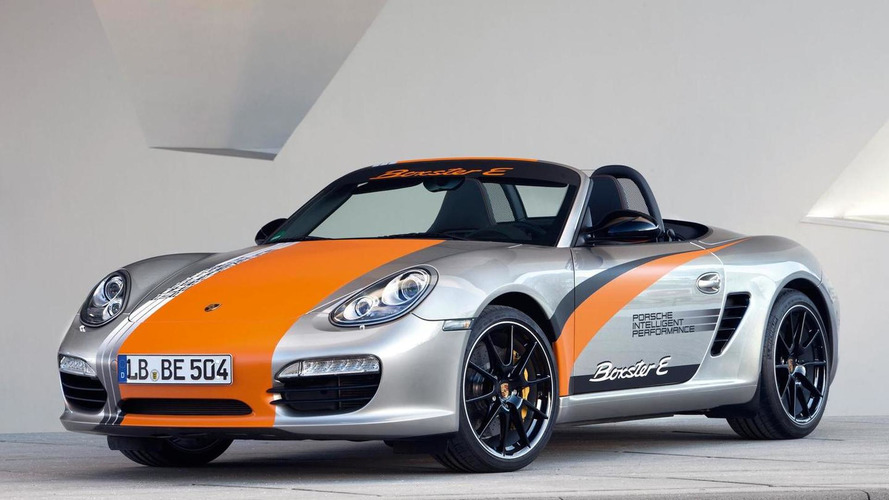 Described as mobile laboratories, the Boxster E is powered by two electric motors that develop a combined 245 PS (180 kW / 241 hp).

Described as "mobile laboratories," the cars are powered by a 29 kWh battery which sends power to two electric motors that develop a combined 245 PS (180 kW / 241 hp). Porsche declined to release detailed specifications, but says performance will be comparable to the Boxster S which accelerates from 0-60 mph in 5.0 seconds and a top speed of 170 mph (274 km/h).

The prototypes will we be tested to gain feedback about practicality and user behavior. This information will be compiled into the development of future products, but it should be noted that Porsche hasn't confirmed plans to put the Boxster E into production.