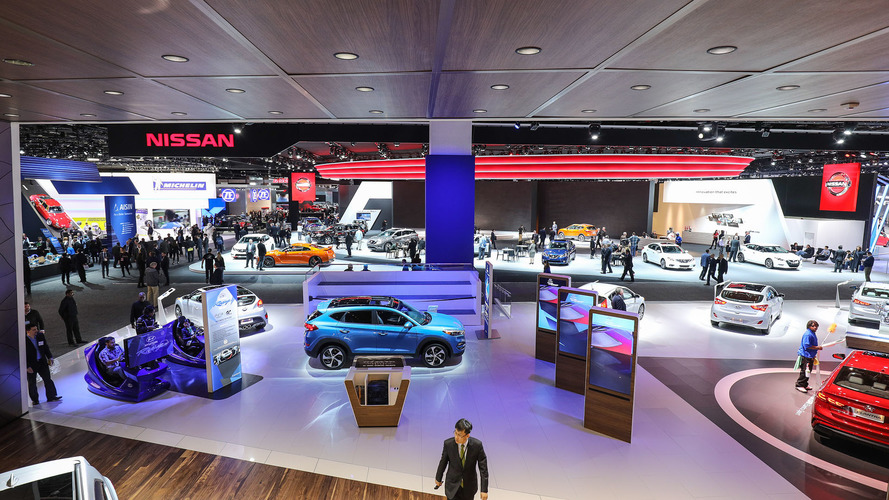 Now that Detroit’s North American International Auto Show is confirmed for June in 2020, some folks are starting to actively question whether big auto shows even have a future. If we’re honest, it’s a topic that’s been under discussion for quite some time throughout various segments of the auto industry. Hearing such strong comments from the head of an automaker, however, is eye-opening to say the least.

Australia’s Motoring reports that Volkswagen Group Chairman Herbert Diess believes the traditional auto show is “dead,” according to comments he made during the 2018 Goodwood Festival of Speed earlier in July. Specifically, Motoring quotes Diess as saying the shows “are a product of the 1960s and they are not as relevant anymore. They’re not delivering what we want and they’re not delivering what car buyers want.”

Given the advent of technology and the capability of pretty much anyone to make a video and reach millions through social media, Diess could well have a point. The last several years have seen many automakers launch new models outside of large shows, instead choosing smaller venues like Goodwood with more hands-on activity and interaction. There are also more independent launch events, such as Jaguar’s elaborate E-Pace barrel roll reveal last year. In each case, automakers turn to social media to gain even greater levels of exposure than one would get at a traditional auto show.

One thing seldom mentioned but certainly a factor is the tremendous expense involved to partake in a large auto show. Aside from the booth rental itself, automakers also have setup and teardown costs, materials, manpower, and the transportation of all the necessary materials, not to mention getting the cars to the event. These costs can easily eclipse $1 million for large displays – some would say that’s a lot of cash that can be invested towards more creative vehicle launches.

We don’t expect auto shows to completely disappear. Audi, BMW, and Mercedes-Benz skipping the 2019 North American International Auto Show certainly garnered significant attention – likely enough to be the catalyst for organizers deciding to punt the show six months down the calendar to June for 2020. We wouldn’t be surprised, however, to see the current handful of major events whittle down to perhaps just a few, spread out through the year.