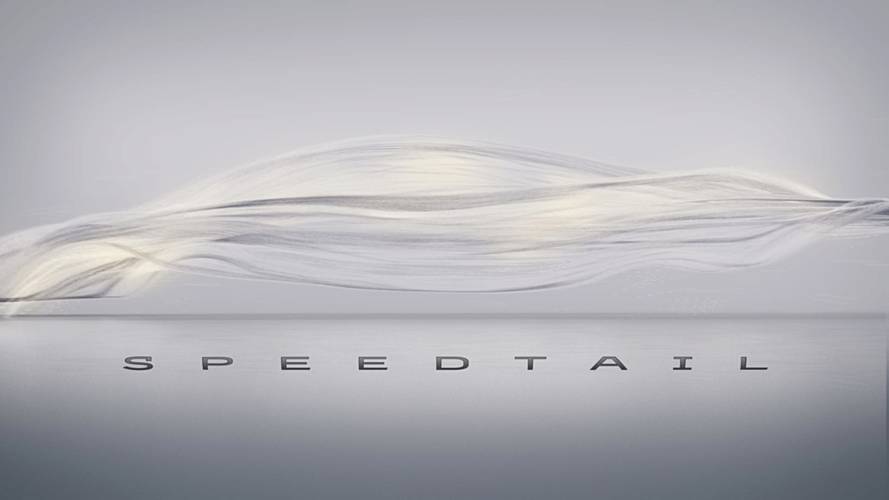 The Speedtail will be the fastest car the company has ever produced.

McLaren has revealed the name of its upcoming "hyper GT car," which until now has been known by its internal codename, the BP23.

The new halo car for the brand, following on from the P1 and the Senna in McLaren's "Ultimate Series," will be known as the Speedtail. The Woking-based company has said that it will have the highest top speed of any McLaren yet, including the legendary F1 which held the crown of world's fastest car for over 20 years. The Speedtail's top speed of 243 mph (391 kph) trumps the F1 by 3 mph, while also bettering the P1 and Senna by 26 mph and 32 mph respectively.

Just 106 Speedtails will be sold, and all have been reserved. Each of the lucky clients had already been informed of what their new big purchase will be called. All of the cars were allocated long before it was officially first announced in November 2016. While it will be unveiled to the public before the end of the year, the 106 customers will be the first to see it, naturally.

The car's design has already been teased in a number of sketches showing flowing and highly streamlined lines. It will incorporate new materials and will have limitless customization and tailoring possibilities though McLaren's Special Operations Division (MSO).

As well as being the fastest car it has ever produced, McLaren has also promised that the Speedtail will be its most luxurious car to date, making arguably the first proper rival to the Bugatti Chiron. It will have the same three-seat layout as the F1, and a petrol-electric hybrid powertrain much like the P1, making it very much the ultimate road-going McLaren.

Production of the Speedtail is slated to begin at the end of next year.

Find out even more about the three-seater:

McLaren BP23 Prototype Revealed, Will Be "Fastest Ever McLaren"

McLaren Automotive has informed the 106 clients fortunate enough to have reserved an example of the car they previously knew only as BP23 that it will be named the McLaren Speedtail.

The world’s first Hyper-GT and McLaren’s next entrant to its Ultimate Series, the Speedtail will achieve the highest top speed of any McLaren yet, with the capability to exceed the 243mph peak speed of the legendary McLaren F1 road car. Its design, teased in a series of sketches, will be flowing and highly streamlined, incorporating exquisite new materials to facilitate limitless possibilities for tailoring through McLaren Special Operations (MSO).

The news follows the announcement by McLaren Automotive CEO, Mike Flewitt, during the Geneva Motor Show press conference that a public reveal of the McLaren Speedtail can be expected this year. The 106 customers who have reserved one will be invited to see it first.

The next addition to the McLaren Ultimate Series will be both the fastest-ever (in a straight line) and the most luxurious McLaren. Featuring a three-seat cockpit design with a central driving position – the same layout as the F1 – and a petrol-electric hybrid powertrain, the McLaren Speedtail will deliver the unparalleled blend of extreme performance and sporting luxury that befits its status as the ultimate road-going McLaren.

The entire production of the McLaren Speedtail was allocated before the car was officially announced in November 2016. Production is due to begin at the end of next year, with every McLaren Speedtail personalised to each owner’s taste by McLaren Special Operations (MSO), the division of McLaren Automotive responsible for bespoke customer commissions.

A short film revealing the name can be viewed here: https://youtu.be/XF4LrazQnTw .