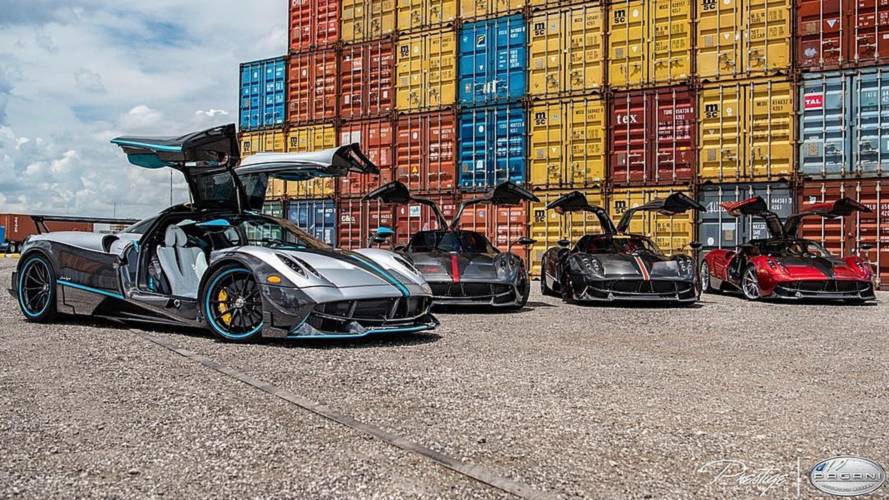 Aptly named, L'Ultimo ("the last" in Italian), the supercar is dressed to impress in an F1 livery derived from Lewis Hamilton's car.

It’s the end of the line for the Pagani Huayra in coupe form as the 100th car has arrived at its rightful dealership in Miami. While Lewis Hamilton may not be the biggest fan of the Zonda’s handling, the four-time Formula 1 champion was the source of inspiration for how the L’Ultimo has been designed. Better said, his championship-winning Mercedes-AMG F1 car greatly influenced the Huayra’s livery.

The official renders (attached below) published back in April didn’t tell the whole story as the last hurrah for the Huayra with a fixed roof is arguably more stunning in the metal. Eight months were necessary to complete the car and while that may seem like a long time, a Pagani is far from being an ordinary car, let alone a one-off such as the L’Ultimo.

Prestige Import Miami dealer owner, Brett David, had the pleasure of taking delivery of the final Huayra coupe after closely collaborating with the Pagani factory in San Cesario. According to duPontRegistry, there was a live connection between the Miami-based dealer and the factory in Italy, which allowed Brett to check out the car in 3D form during development.

Now that production of the Huayra coupe has ended, Pagani is focusing on the roadster set to gain a hardcore BC version. Like the coupe, the droptop model is also limited to just 100 examples and made the headlines a couple of months ago for being the subject of what is likely the most expensive lease: $700,000 down payment + $25,339 per month for 60 months.

Pagani has already shared some preliminary details about the Huayra’s replacement, which will thankfully stick to the Mercedes-AMG-sourced V12 engine paired to a standard manual transmission. The powerhouse from Affalterbach won’t be hybridized, but the company is actually planning a fully electric hypercar scheduled to arrive by the middle of the next decade.