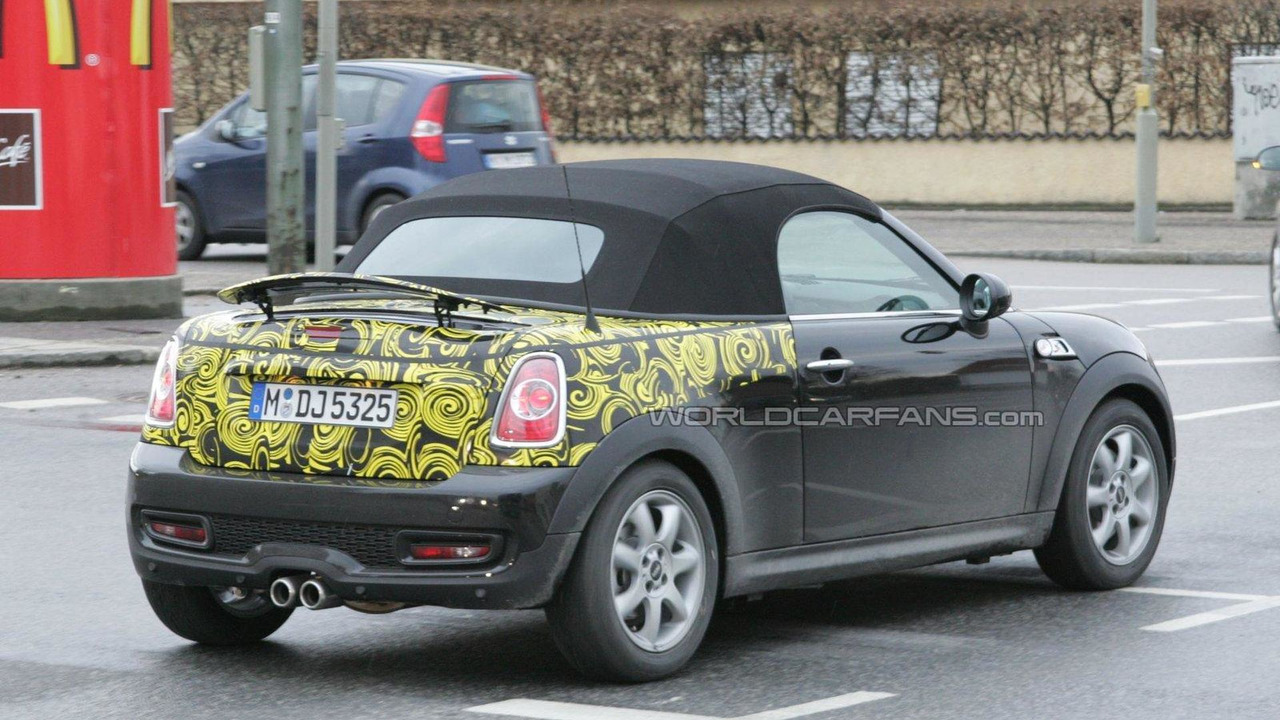 Upcoming MINI Roadster prototype features a retractable rear spoiler and a curvier front end and windshield than on the Cooper model.

These are some of the first spy shots available of the upcoming 2012 MINI Roadster model.

Although the prototype here is wearing some camo on the rear end, the rest of the car is giving away a lot about the new design on its own.

First of all, the front of the car has rounder lines than on the Cooper model. Particularly the windshield, which also looks shorter, more sloped and curvier from A-pillar to A-pillar than on the Cooper. Also there's a retractable rear spoiler on this roadster prototype, a double-piped, center-mounted exhaust for that new rear end and an extra set of lights on that rear bumper grill insert.

This soft-top model looks similar to the MINI Roadster Concept the automaker debuted at the Frankfurt motor show in 2009 which is likely why it's featuring so little camouflage. But it's hard to tell exactly what MINI is, indeed, hiding with that swirly-design camo that they have put on this prototype.

The 2012 MINI Roadster will make its debut later this year.