Porsche's best-seller gets swanky LED taillights and a bigger touchscreen for the infotainment system.

By far Porsche’s most successful model in terms of sales, the Macan has been sold in more than 350,000 examples since its inception back in 2014. Last year, it outsold the 911 by a three-to-one margin and is now going through a mid-cycle refresh necessary to maintain the impressive sales momentum. You’ll have to look at the crossover’s rear design to immediately figure out it’s the facelifted model as the front fascia has only gone through mild changes like the standard LED headlights. 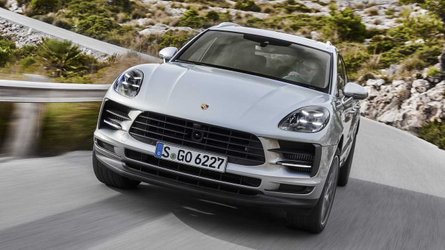 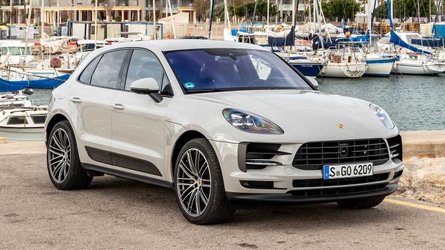 It’s the back that draws the attention thanks to its full-width taillight strip featuring a standard LED setup akin to the Cayenne and Panamera. The 2019 Macan is wearing a new coat of paint called Miami Blue, which joins other fresh shades such as Dolomite Silver Metallic, Crayon, and Mamba Green Metallic. Rounding off the changes on the inside are the newly designed 20- and 21-inch alloy wheels.

Stepping inside the cabin, the first thing you’ll notice is the updated center console now dominated by a larger touchscreen for the infotainment system. It measures 11 inches (up from 7 inches) and comes along with extended functionality including intelligent voice control and real-time traffic info as standard equipment. The Macan also comes bundled with a smartphone app allowing owners to record their off-road experiences.

Another obvious change inside the 2019 Macan is represented by the GT sports steering wheel inherited from the 911 to lend the interior cabin a sportier vibe. It costs extra and boasts a built-in Sport Response Button if you go for the Sports Chrono Package. Other goodies debuting with the revised model include a heated windshield and an ionizer to clean the air inside.

Porsche’s engineers have fiddled with the chassis to improve ride quality, and there are new tires allowing you to have more fun behind the wheel. No word about the engines just yet, but we’ve heard through the grapevine that basically all of them are going to deliver more power. The return of the diesel Macan seems unlikely at this point, while a hybrid version is also being ruled out this generation.

We will update this story once Porsche will share details about the engine lineup. China will be the first country to get the 2019 Macan, with other markets to follow later this year.