Official videos allow us to get up close and personal with the revamped crossover.

Longer, wider, and lower than its predecessor, the Audi Q3 is making the transition towards the second generation and is adopting styling cues originally seen on the Q8 flagship SUV earlier this year. It may be a relatively small crossover, but the extra footprint has made it a better companion during longer journeys as the stretched wheelbase and the modified roofline have increased legroom and headroom. The extra width pays dividends in terms of elbow room, while the bump in size translates into 18.7 cubic feet (530 liters) of cargo room expandable to 23.8 cu ft. (675 liters) once you slide the rear bench forward.

While it doesn’t have the swanky secondary touchscreen for the climate controls as seen in the Q8, the Audi Q3’s cabin has been massively improved over its predecessor. Gone is the tablet-styled infotainment as it’s now neatly integrated into the center console and works together with the all-digital instrument cluster. Those willing to spend more can tick the box that says “Bang & Olufsen Premium Sound System” featuring 15 speakers pumping out 680 watts. 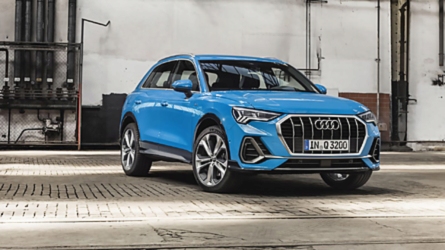 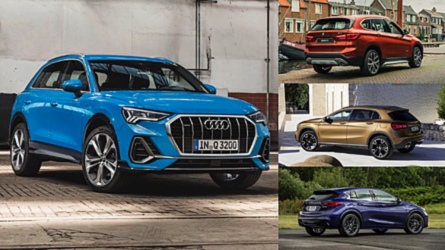 Upon launch, Audi will sell the new Q3 with an assortment of turbocharged four-cylinder engines, three of which will run on gasoline while the fourth will be a diesel. Output will vary from 150 to 230 horsepower (110 to 169 kilowatts) and these engines will be mated to either a six-speed manual or a seven-speed S tronic. Cheaper versions will be stuck with a front-wheel-drive layout, with higher-end trim levels to feature the grippy Quattro setup.

Built at Audi’s Győr plant in Hungary, the second-generation Q3 will be in the hands of early adopters in European markets from November. Aside from the usual trim levels, there will also be a special edition model bundling plenty of goodies: S line exterior package, 20-inch wheels, matrix LED headlights, sport suspension, and some minor styling tweaks.

Customers in the United States will probably have to wait until 2019 to drive the revamped Q3.