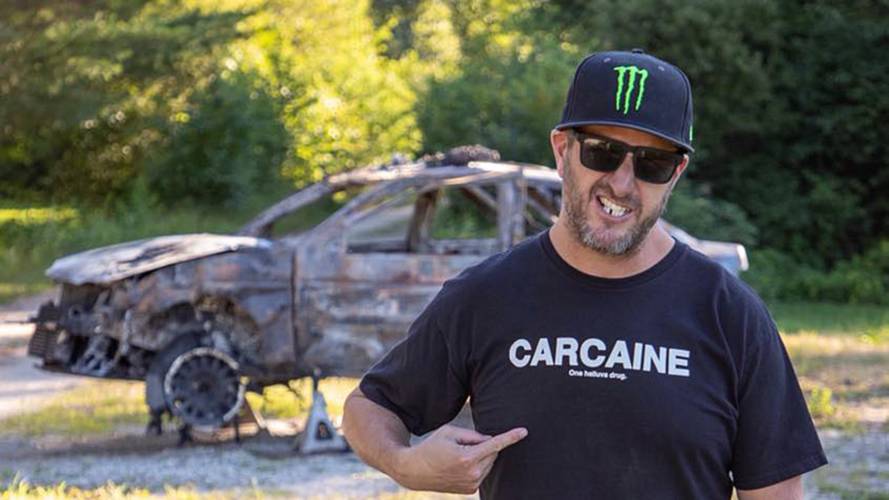 Block is already searching for a replacement.

In October 2017, Ken Block turned a classic Ford Escort RS Cosworth into a modern rally machine, and Block was actually using it for competition until July 2018 when tragedy struck. Block was running in third place at the New England Forest Rally when he hit a rock on Stage 4 and rolled the car. If that damage wasn't bad enough, the Escort then immediately caught fire. Neither Block nor his co-driver was injured, but new images have revealed the extent of the damage. There's no way to bring this vehicle back to the road.

Block is already planning on creating a new one, though. "I am gutted to have had the Cossie burn up on Friday, but of course we will have to build a new one," he wrote on Facebook.

The exterior is now just a burned husk. Under the hood, the engine and turbo are still identifiable, but there's a thick layer of ash on top of it. The interior is worst of all because the only thing left is a rat's nest of wire.

Get A Better Look At Block's Escort Cosworth:

Block and co-driver Alex Gelsomino were competing American Rally Association series with the Escort RS Cosworth for the challenge of using a classic machine against more modern rivals. Its 400-horsepower (298-kilowatt) 2.0-liter turbocharged engine and seven-speed sequential gearbox still kept up, too. Rather than the usual steel engine block, this one used a lighter weight aluminum version. The gallery below provides a look at the car in better times.

Don't feel too bad for Block, though, because he has quite a collection of fast Fords. They include one of the few RS200s in the United States and a 1978 Ford Escort RS Mk2. Plus, there's the Hoonicorn that looks like a classic Mustang but packs 1,400 hp from a crazy biturbo setup.