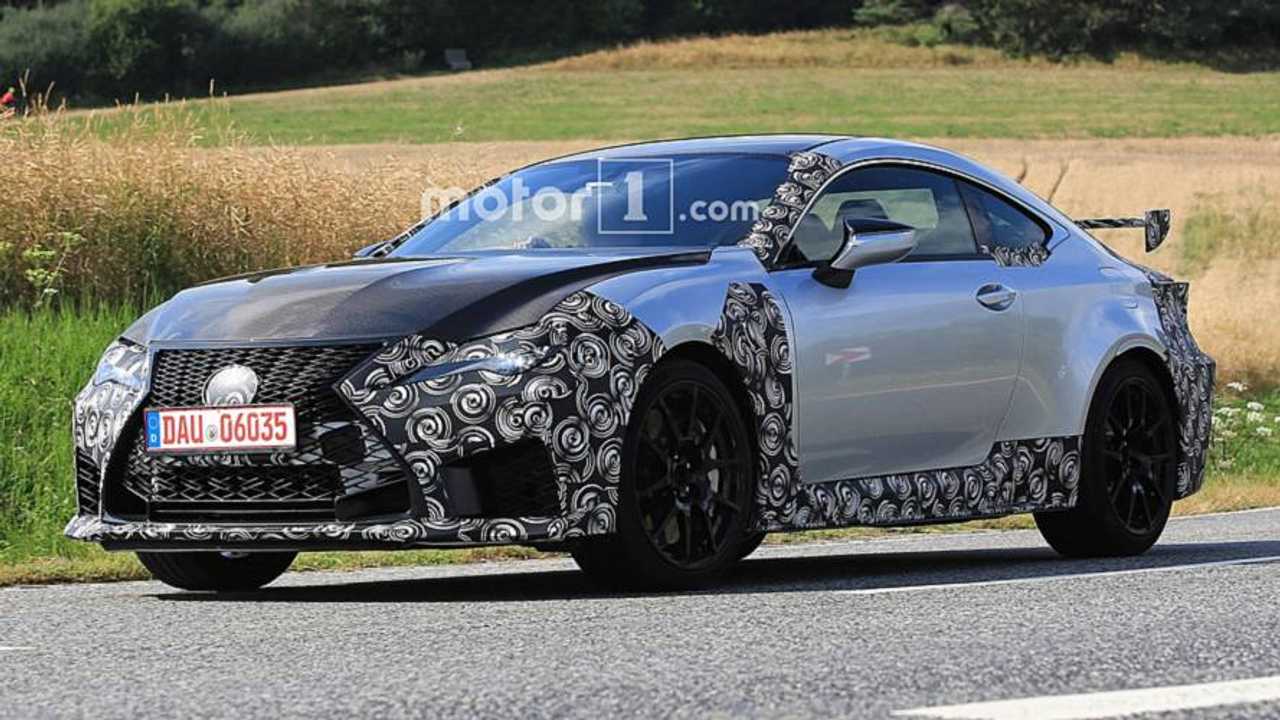 Remember the Lexus RC F GT concept from the summer of 2015? It was a significantly lighter and faster race version of the road-going RC F, and – good news – it’s going into production at some point in the future. These first spy photos of a hardcore RC F prototype are here to confirm the Japanese automaker is serious about its plans to bring the race car to the showrooms.

Caught testing somewhere in Germany, the RC F GT comes equipped with several components made of carbon fiber, including a ventilated hood, roof, and side skirts. Also, it’s visible that Lexus is testing the vehicle with modified bumpers and new headlights, which hint the GT version will be based on the facelifted RC F. In the gallery right below you can also see a test prototype of the refreshed RC F coupe.

Back to the track-focused variant, it will be positioned above the regular RC F and will fill the gap between it and the RC F GT3 race car. Expect the overall weight to be lower and the traction to be significantly improved.

Despite that, the engine under the hood will remain mostly unchanged. The 5.0-liter V8 will carry over but will be massaged to deliver more than the stock 467 horsepower (348 kilowatts) and 390 pound-feet (528 Newton-meters) of torque, thanks to a new exhaust system. The motor will be mated to an eight-speed automatic gearbox. Of course, upgraded brakes and suspension are also in the cards.

The standard RC F needs 4.4 seconds to reach 60 miles per hour (96 kilometers per hour) from a standstill and has a maximum speed of 170 mph (273 kph). Thanks to the more powerful engine and the significant weight reduction, the RC F GT should be a lot faster.