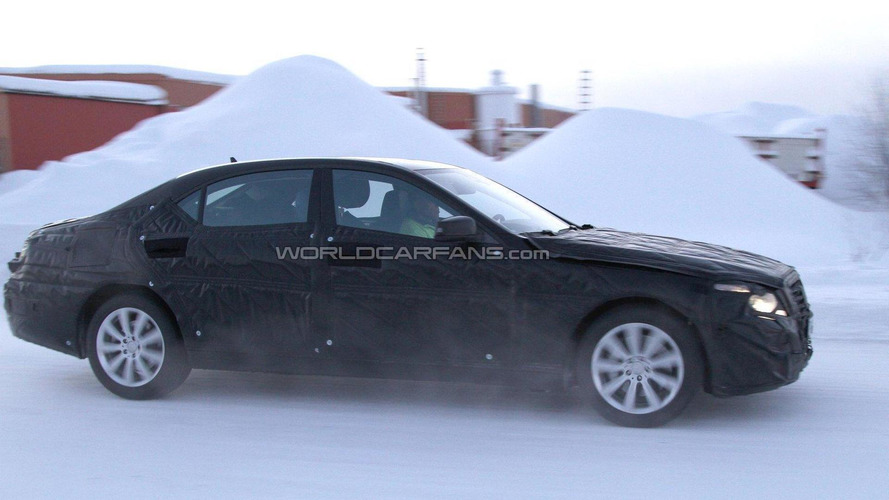 Next-generation S-Class will sport some features seen in current Mercedes-Benz models such as the CLS.

Just a little more than a week after we spotted the 2013 Mercedes-Benz S-Class testing in Germany, it seems it has made its way to Scandinavia for some serious cold-weather testing.

Our spy photographers managed to get some shots of this S-Class prototype testing close to the arctic circle in both daylight and night conditions in temperatures as cold as minus 30 degrees Celsius (-22 F).

Heavily camouflaged, we can still make out some details of the next-generation S-Class such as the more upright front face, new grill and CLS-like headlights with LED turn indicators.

According to previous reports, Mercedes-Benz is considering offering the next S-Class range entirely with hybridized drivetrains. Nothing as of yet is official but Mercedes-Benz will be doing its best to bring down consumption figures on the S-Class, one of the biggest sippers in its fleet.

Mercedes-Benz will likely offer a plug-in hybrid version of the S-Class as seen in the S 500 Vision Concept which makes a fuel-economy rating of just 3.0 liters/100 km (78 mpg) by coupling a 3.0-liter V-6 direct injection engine with a 60-hp (44 kW) electric motor.