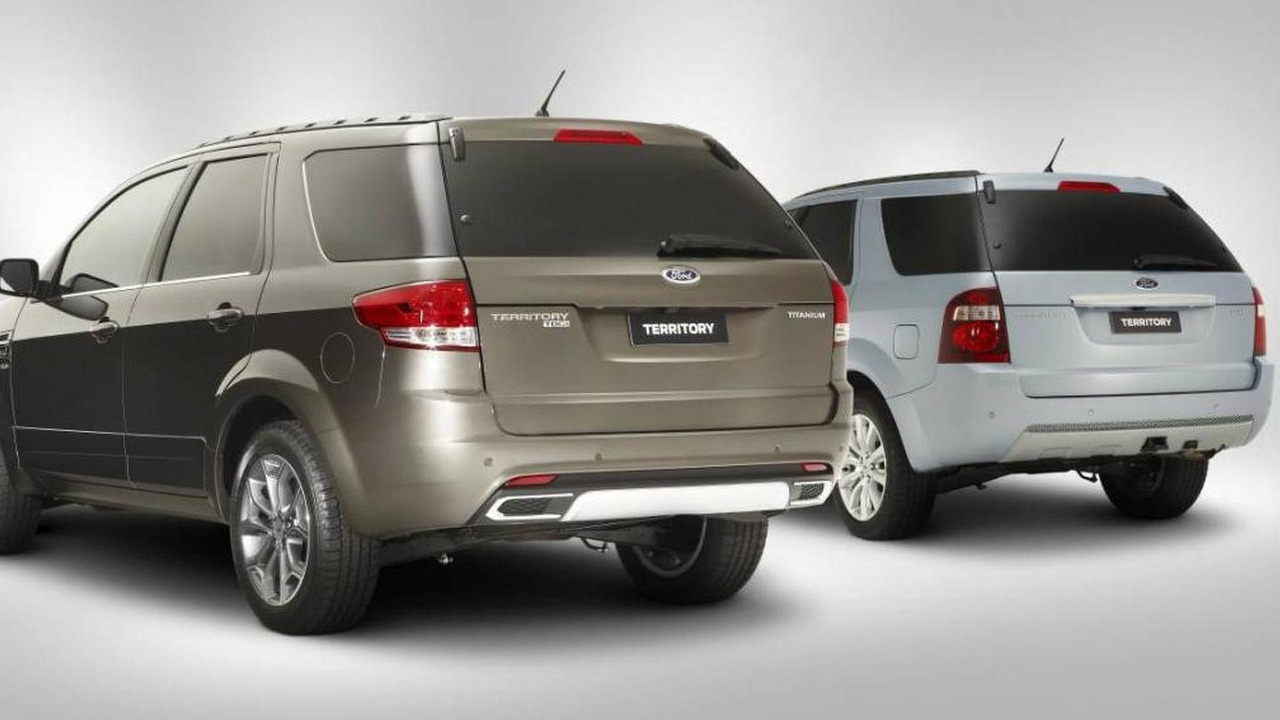 Ford Australia unveils new SUV whose design elements will influence the next Ford Escape and Kuga models in North America and Europe.

Ford Australia has unveiled the new Territory SUV for the market down under.

Despite some components such as the doors, mirrors, liftgate and assorted trim carrying over from the outgoing Territory, apparently this is a new second generation model. A signifacant amount of external redesigning is found in the front and rear ends, hood, quarter panels, fenders and lighting all around. The interior has also been completely redesigned although the overal layout remains the same as a 5- or 7-seater.

The new Territory was designed and developed by Ford's Australian unit but the SUV likely features design elements we will see in the next Escape (North America) and Kuga (Europe) generations which are due later this year as 2012 models.

Unfortunately, Ford doesn't provide any powertrain details on the model and wastes its press release with glowing prose on the model's 'kinetic design' features. And the release doesn't mention anything about the TDCi badge on the top level Titanium model either. A turbo-diesel edition was expected for the first time in the Territory range. Undoubtedly, Ford Australia will release powertrain details prior to market launch in April.

The Territory is the work of Ford Australia's design team, overseen by Chris Svensson, who's Design Director for Ford Asia Pacific and Africa.

"We worked hard to ensure the new Territory was an evolution of the original model and, through the use of Ford's distinct design DNA, also gave a hint of the future," said Svensson, in the press release.

But looking at the images of the Territoty here, one can only hope its stodgier elements will be left aside for its sibling Kuga and Escape models.

Many more details in the press release below.