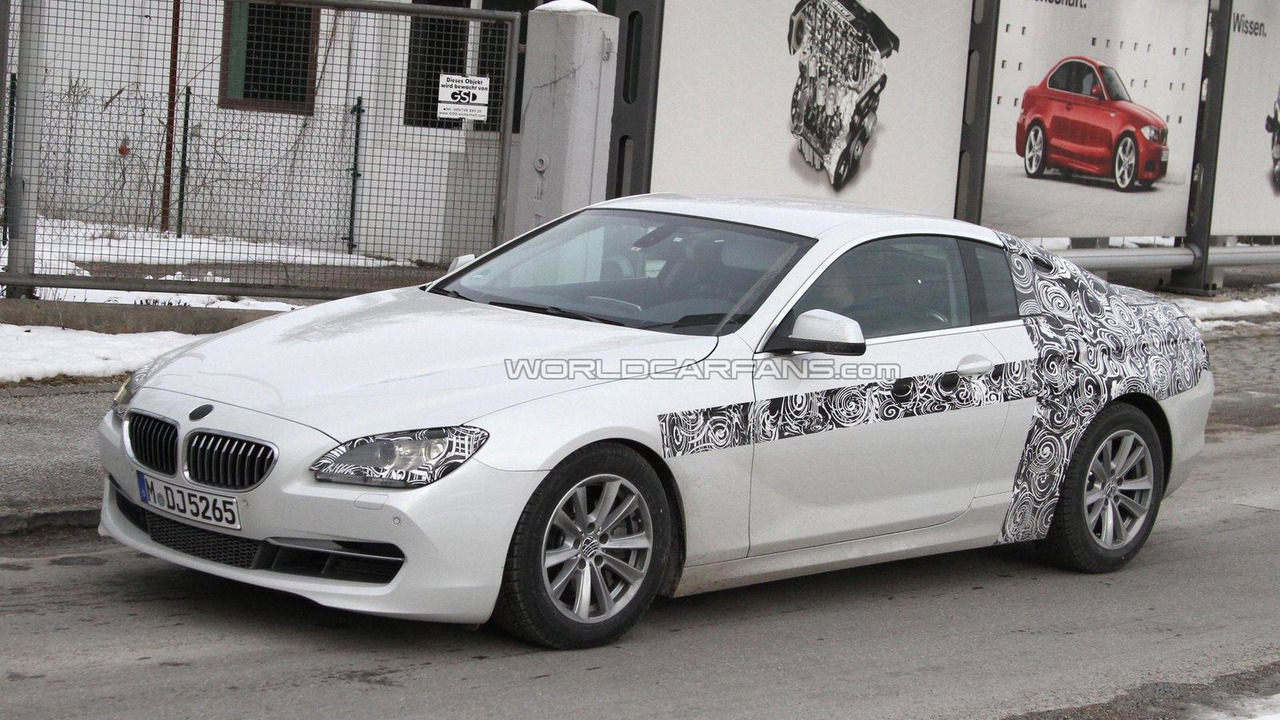 Our spy photographers managed to capture various white-colored prototypes out for test drives in the Munich area and even a got shot of one 6-Series Coupe equipped with a panoramic glass roof.

BMW is still masking the new design which has a more sloped rear end than the previous model that gives the large coupe more of a sports car look. The prototypes spotted here certainly have echoes of the BMW Concept 6 Series Coupe which debuted in Paris last fall. The shape of the model testing here is similar and that concept had a glass roof that ran all the way down that rear slope.