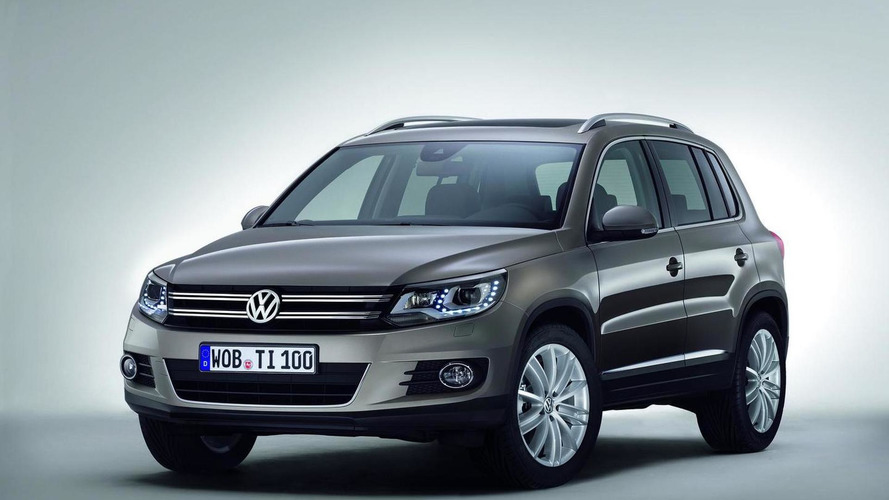 Following yesterday's leaked photo, Volkswagen has released initial details and photos for the 2012 Tiguan facelift. Furthermore, advance sales orders open today. This behavior is a bit unusual for Europe, however, VW is citing "sustained high demand for the previous model has resulted in it being sold out."

While many of you may ask how that is possible, VW is all too happy to tell us. On 6 January 2011 the German Federal Bureau of Motor Vehicles reported that the bestselling SUV between Hamburg and Munich continues to be the Tiguan. Other contributing reasons for the Tiguan boom are: five stars in EuroNCAP crash testing; wide variety of TDI and TSI engines making it one of the most fuel efficient SUVs; and best overall price-to-performance ratio as confirmed by numerous comparison tests in the automotive media.

"The Tiguan has long been one of the most popular Volkswagens in the world. Its highest volume markets: all of Europe, Russia, USA, China, Brazil and Australia. In Germany, its average market share in the segment of compact SUVs grew to about 21 percent in the year 2010, and across Europe it was twelve percent. Globally, a total of 572,000 Tiguans have been delivered since it was first launched in autumn 2007. The Touareg’s smaller brother is now poised to continue this success story with a new look and advanced technologies."

With a new base price of 24,175 euros in Germany as a Trend & Fun version with 1.4 TSI (90 kW / 122 PS) engine, the price remains the same despite numerous improvements. To find out about these improvements we'll have to wait until its public unveiling at the Geneva Motor Show on March 1st.